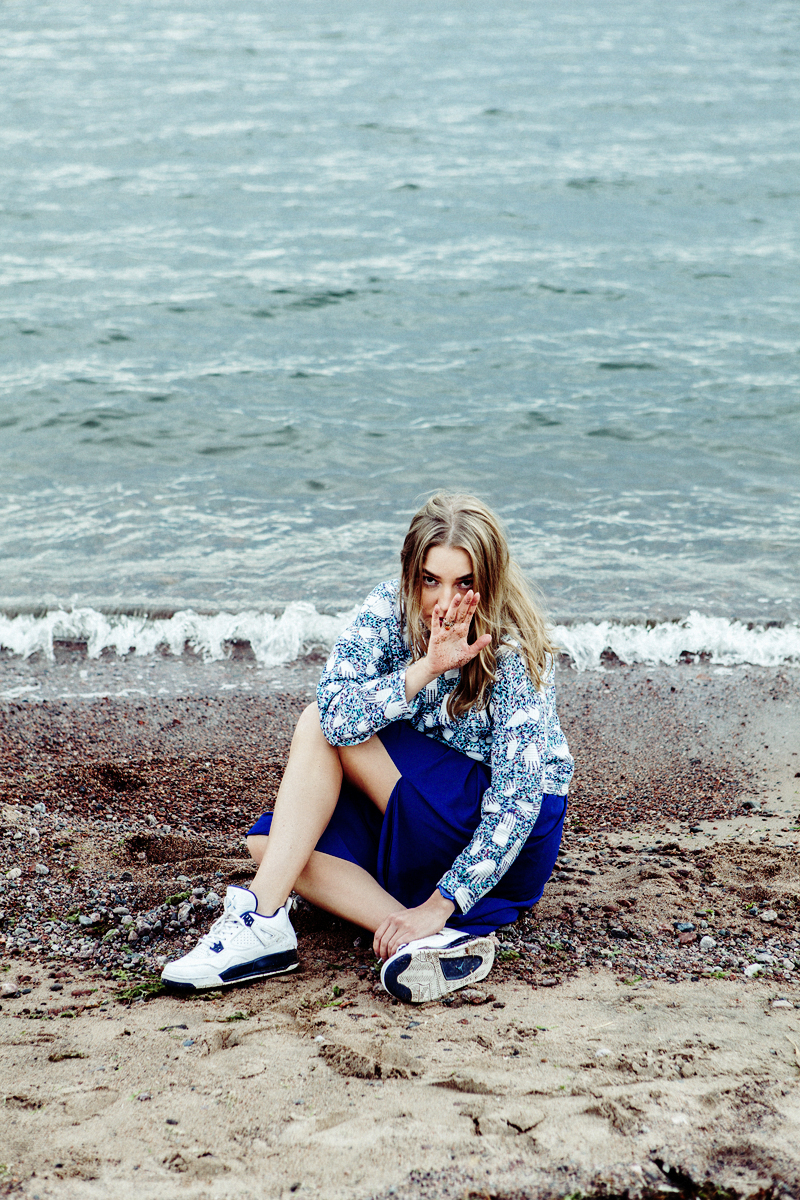 I first discovered Katerina through her release on Cómeme, ‘Just When You Thought It Was Over’ and was encapsulated by the eclecticism shown on one project. Flowing through the five tracks, you never knew what the next one would hold as it spanned across haunting tribal-esque rhythms on ‘Solitude Survivor’, hints of acid house on ‘Dolphin Dreams’ and ‘Be A Child’ and post-punk inspired ‘Run Roc Run’. It’s a colourful release that showcases the many faces of Katerina.

With roots both in Bulgaria and Finland, Katerina draws from both countries – incorporating their sensibilities through her approach to music. Some of her key influences are cited as Prince, DJ Quik, funk and gangsta rap which, she infuses into hypnotic and often psychedelic club sets – creating a sonic adventure. Her productions are the same and following two contributions to Cómeme, Katerina has now landed on Joakim’s Tigersushi imprint as well as launching her own label Émotsiya. Acting as an extension of her Cómeme radio show, the first release on Émotsiya was a brilliant compilation with tracks from Sanisbar, Denzel, Endamisi Salamisi and Ann Hiko. The release highlights Katerina’s tastemaker ability to discover artists from all corners of the world with the label now allowing her to champion them.

As she continues on her successful trajectory, we speak to Katerina about her early experiences with music, the concept behind Émotsiya and her vast musical landscape.

What was your experience like with music growing up in Finland? Were there any local platforms that introduced you to electronic music or did you have to source your inspiration further afield?

My parents were my inspiration. The put me on piano lessons from 5 years old onwards and a couple of years later on singing lessons. My dad was a drummer in a big band and both of my parents were into both Jazz and classical music. My dad introduced me to funk and soul also a few of my teenage friends had a funk band called Soul Investigators. I used to throw house parties and their band would play in our living room. From funk and soul then came Hip Hop, I discovered it in my early teens and my love for it is as strong as it was then still to this day. Later on, my dad was working in a booking agency and I was helping him in the office. One day he asked me if I knew about these world-famous DJs, not the ones who play radio hits in the discos but the world famous DJ’s that play electronic music in clubs around the world for wast audiences. My dad had a friend in Sofia Bulgaria who had opened a club and wanted to book these DJs. I knew very little but I started looking into it and ended up working in the industry of electronic music for many years to come. It was only later that I found the courage to start DJing myself, for a long time I thought I was too shy to do it.

As your parents were both interested and involved with music, do you feel that there was almost no choice other than to follow a path in music?

Well, not exactly. I felt from early on that there was no other path for me than music but my mother being very academic was insisting me on getting a “proper” education. My dad wasn’t really keen on me becoming a musician either. I didn’t do too well in school, to be honest. I wanted to make my mom proud so I did get an education from business school that actually was very helpful since I started my own company early on.

With roots both in Finland and Bulgaria, do you feel you’ve incorporated both cultures into your art and who you are as a person?

Absolutely. With Finland and Bulgaria, I got this “double melancholy” I just call it melancholic happiness. You can hear that in the music I make and in the music I play. I have always worked with both Finnish and Bulgarian musicians and people in the music industry. I speak both languages as well.

How would you describe the scene in Finland and the sound that’s coming out of the country?

I feel like there has always been quite a lot happening considering it’s a small country, lots of clubs, parties, regular international guests. There is great music coming out from Finland but I feel like the support for those who push the music outside of Finland isn’t properly there. People that are celebrated outside Finland are often nowhere to be seen in the line ups over here. I wish there was more support, respect and recognition to those who really make a huge amount of effort pushing the Finnish scene forward by setting up labels, supporting young artists, working on their craft with the utmost work ethic, spending almost all their lives in the studio and releasing music that is internationally recognized. Without them, our legacy is a bunch of venues and parties and a few retired DJs.

In your bio it says you’re a deep and complex artist, how and why do you think are?

Well, my bio is written by Matias Aguayo and he sees me as that. I guess what he means and what people that know me well tell me is that I’m a multidimensional person in general. I know that I’m a deep thinker and that can be part of it. By complex, he probably means that I’m not so easy to break down as an artist due to so many sides to me. As a DJ people often say they don’t know what to expect when I play and in a way it’s true. I do get booked to a lot of quite different events because people know I can handle different scenarios. I have always played all kinds of music depending on the situation, crowd, sound system, time of day what have you. Same goes for the music I produce, it can be 140bpm techno or hip hop beats or avant-garde pop or maybe it’s none of those as I’m not sure what it is. hah

How do you relate your love for trees and nature in general into your productions and DJ sets? What sensibility do you take from your surroundings?

I feel like trees and nature make me feel safe and free. It’s like the world makes sense and that somehow everything is gonna be ok. This is also the mental bubble I live in and when I’m somewhere on a stage DJing I most times find myself in that bubble and if I’m really lucky the crowd joins me too. 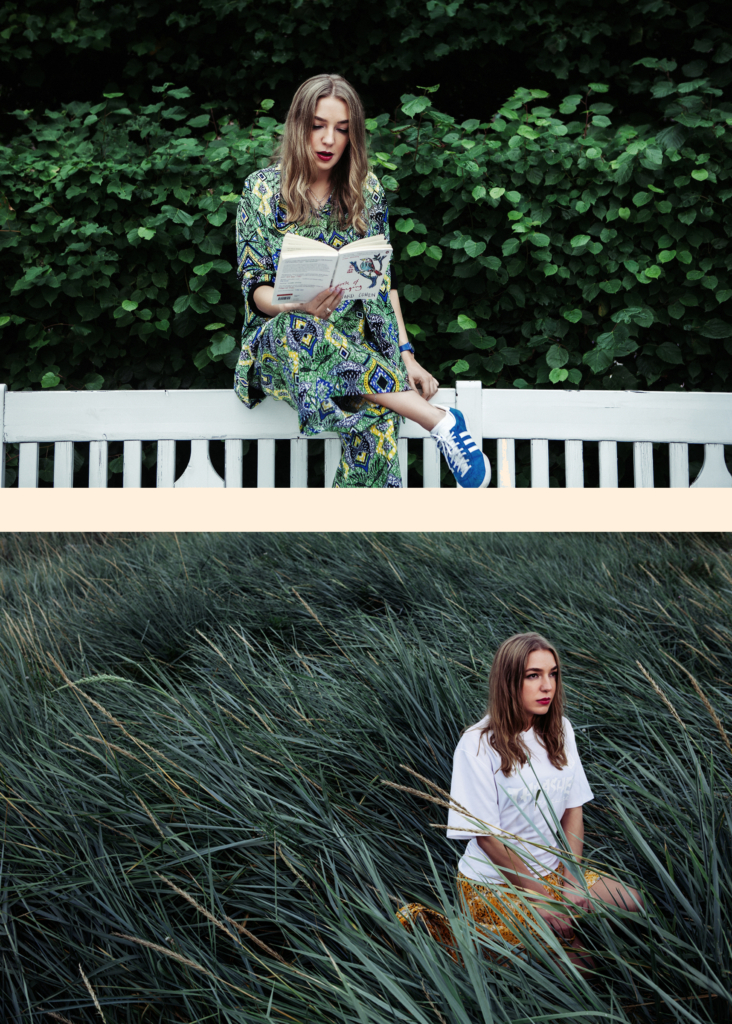 Your sets are described as being filled with a punk sensibility and heavily emotional – are they often a personal, perhaps therapeutic, experience for you? Where does the punk attitude come from?

I can’t comment about the punk attitude, it’s again something that someone at Resident Advisor wrote about me. I never considered myself that but I don’t mind it either. Music is very important to me and It’s important to me that the music comes from the right place, that is from the heart. I’m very emotional and music is personal to me. All my mixes, the selection comes from the feelings I have that moment. If it’s a sad or angry moment in my life you can clearly hear it in the mix and if I’m in love you can hear that too. All the songs I produce are very personal, they are often about a specific person or an event in my life. I made songs where I laugh at my enemies, I made some angry songs but they seem to have an optimistic and humorous flare to them. I guess a bit like in the old school gangsta rap I grew up listening, I often found those dis songs filled with great humor.

Aside from your emotions, where do you draw inspiration from?

From the people in my life, the people I meet along the way. Friends, lovers, enemies… Nature, art, films, and sounds of life. I’m always hearing melodies, patterns, rhythms, I’m always recording something random. Often find myself a bit overwhelmed by all the ideas I have bubbling in my head.

You have a wide variety of musical obsessions – who are some of your key influences?

I think I have to say Hip Hop first because it was the first thing I got obsessed by and still am and it’s something I feel like I discovered on my own. My mom and dad got me deeper into Jazz and classical music but Hip Hop was my own thing that I discovered, hip hop is like my soulmate. Along with hip hop soul and funk brought me up, Parliament Funkadelic is a huge thing for me to this day, a matter of the heart. Always been drawn to some more avant-garde shades of music whether it be Jazz, pop, electronica or whatever.

Do you feel it’s more beneficial nowadays to cover a vast span of genres in your sets rather than being confined to one sound or style?

I don’t care really I never did. People have been telling me I should play this and that, stick to this style or that style. I never listened. I play good music and that’s it. If your heart is smart enough you will get it. It’s not like I go on after a house DJ in a packed club at 2 am and start playing ambient. I know what I’m doing. I don’t compromise music for anything. I don’t try to produce or play a certain type of music because it’s more beneficial, I wouldn’t know how. I do this from the heart and if it takes me to places great, but the most important thing for me is to enjoy music as for me it’s the greatest solace in life.

You recently launched your label Émotsiya with a V/A compilation, why did you decide to launch this way?

I thought that the first one would be nice to be as a group of artists, not just one of them. A nice way to kick things off together. Of course, there was the fact that I had quite a lot of music to choose from so I was able to compile tracks that work well together as a whole.

What was the drive behind launching your label? What does the platform offer you a chance to do and what story are you hoping to tell?

Came across some music from these artists and was impressed by their creativity. They didn’t have a label yet so I started looking into releasing it myself. I felt like the music was so good and these artists needed to be heard.

How did you go about choosing artists for the compilation?

Not only am I impressed by the music but also have a good personal relationship with the artists I release. We work together and support each other. I’m interested in artists that do their own thing, work hard on their craft and do it for the right reasons, from the heart.

Where do you hope to take the label? What are your long term plans?

I want to keep releasing all kinds of music and support talented musicians all over the world. The next couple of records are mastered and will come out this year. I will keep it moving for many years to come.