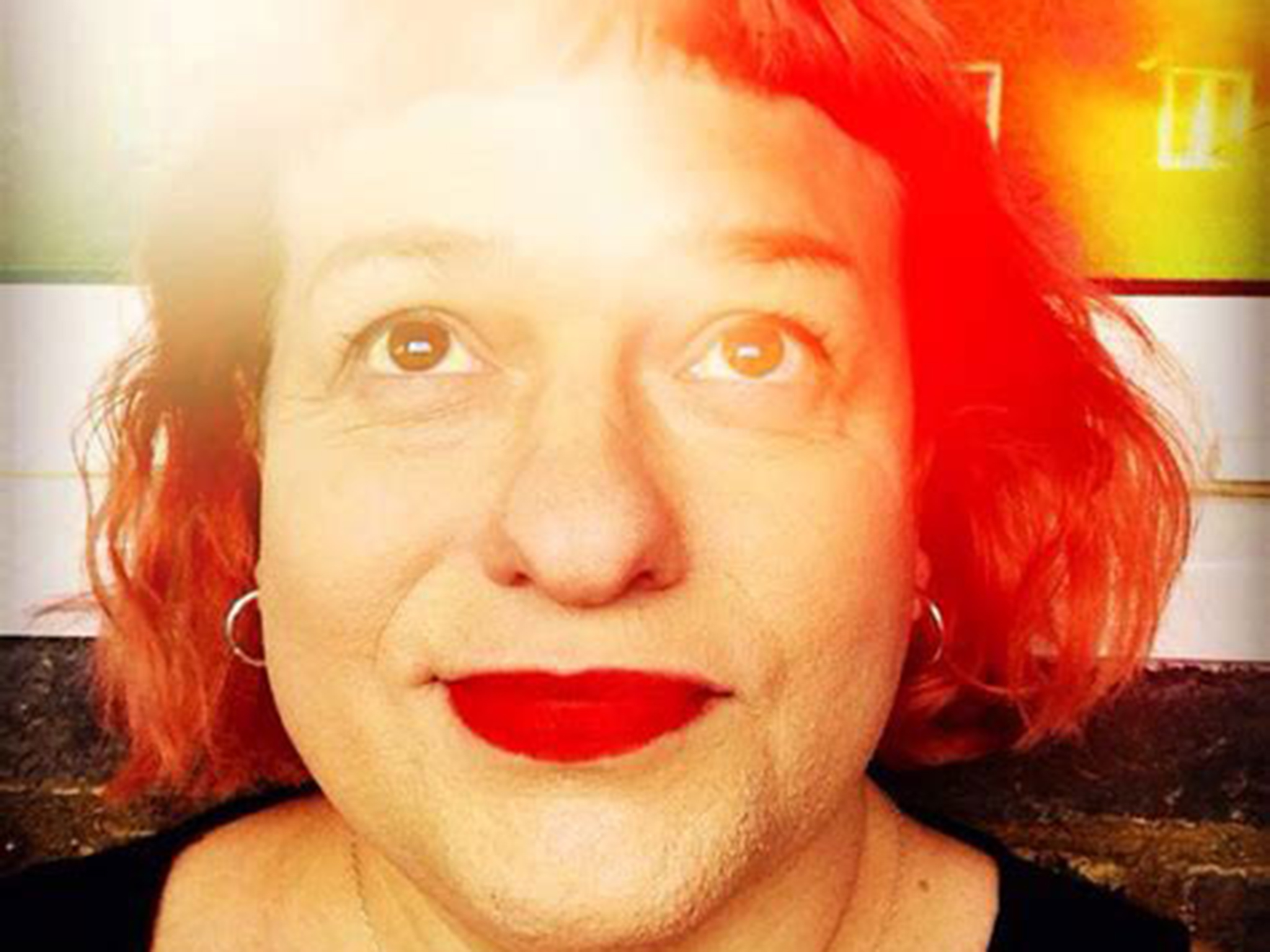 Jaye Ward is a woman who defies description – but if you are forced to do so – be careful not to call her an up and comer. An institution in her own right, Jaye has been a regular figure on London’s queer dance floors since the late ’80s as a punter, activist and DJ. Her instrumental role in the capital’s sound system and early rave scene has placed Jaye as a key observer to some of the last few decades biggest electronic movements – which is showcased in her discerning and knowledgeable selections. Throughout the 90’s Jaye cut her teeth at classic nights such as Golden in Stoke on Trent, Fabric’s legendary WANG and held a residency at END delighting devotees with her own hallmark brand of psychedelic, dub, disco and sun-kissed Balearic.

More recently, Jaye, is a regular fixture on Netil Radio with her weekly Sunday night show Magical Real, she holds a continuing residency at Dalston Superstore, is a regular fix at Percolate, Room 4 Resistance and is the “chill controller” for London’s legendary World Unknown. Following a solid set at GALA Festival in Peckham, this summer sees Jaye take to the decks at KALA, Love International and Field Maneuvers. We sat down with Jaye to discuss the early rave scene, her love of modern greats like Eris Drew and Black Madonna and how London’s restrictive nightlife policy is having a real-life effect on the LGBT club nights she loves so dearly.

What was your first encounter with electronic music?

Over the late ’70s and into the start of the ’80s John Peel was where I first heard ALL SORTS of wondrous things. I bought the first lot of MUTE 7”s from Woolworths. I wasn’t that much fussed about the ones with words it was definitely the weirdo B sides on the 7”s that always grabbed me. My dad worked in a furniture factory next door to throbbing gristles death factory and when I was showing interest in that sort of thing around 12-13 he told me that “a bunch of nutters lived next door you’d probably like them..” and I did haha!

What were the tracks you remember growing up with/and when you first entered the scene?

I grew up on heavy rock stuff – Led Zeppelin, Deep Purple. My Mum and Dad’s likening for Crooners, Jim Reeves, also reggae singers like John Holt and Ken Boothe.. all of these things I still like today. I still have records that bought when I was 12-13. Mostly post-punk and goth stuff like Bauhaus, Theatre of Hate, Gun Club, Japan, The Cure, Siouxie, The Fall & Birthday Party…noisy stuff to annoy my parents. I was never really into punk as it always felt like rubbish rock ’n roll to me.

What kind of influence have these early musical experiences had on you?

I suppose growing up in Hackney in the ’70s and ’80s and having silly hair, odd clothing choice, obvious gender issues and listening to noisy weird music over the soul & funk that most of my friends were into sort of made me different, and it stuck. It opened my ears and eyes to the fact that there was more of everything out there.

How has electronic music changed since the ’80s?

You started to hear electronics in pop music not trying to be real instruments. All that stuff that had been churning around in the underground through the ’70s was now being used in a very commercial way. I never really listened to pop stuff but it was everywhere. Especially when synth-pop bands like Depeche Mode and Soft Cell were on Top of The Pops. Also, I mean I just became cheaper – I used to go down the West End and after hanging out at the original Forbidden Planet I would religiously go and hang out in Rod Argents synth shop. They’d let me play on overhauls, prophets and moogs. They were incredibly expensive in my eyes but I gradually worked out that actually, they were getting cheaper in the scheme of things. I even knew kids a little bit older who had things like wasps and those DIY synths you could get the parts for if you could travel as far as the Edgware Road.

Do you have any anecdotes from the early days?

Most are sort of embarrassing or not publishable I reckon…Nick Cave saved me from being kicked out at a party once, Blixa Bargheld from Einstezende Neaubauten held me up by my throat once and threatened to batter me if I didn’t stop stalking him and his girlfriend around Soho in that same year ha! The first time I played at Club Dog when it had moved to the George Robey in Finsbury Park I told them I’d be playing dub so they invited a couple of MCs in. I proceeded to play loads of slow acid and progressive house…I escaped a beating that got too…most things are about me escaping violence haha!

Music just continues to get better and better and better. DJing is something I’ve loved since I realised it could actually be a thing you could do. A sort of combination of oh look what I like, here’s what I think goes well next to it or on top of it and that whole being part of a party. Helping to shape a crowds evening out is always daunting but its so much fun. That whole taking part thing is still ace!

What influence has London had over your music?

Much like any city that is multi-cultural you’d have to be super dense to not let any of that seep into your soul. I mean nowadays I’m definitely on a weirdo cosmic technoish tip but I’m always looking for a swing in the music, a funk its always there if you listen. Dub is a massive influence for me and that is directly from how and where I was brought up. I’m a Londoner and even though I’ve moved around a lot that’s still a key part of my identity. I’m fully aware of how living here is more like survival than actual living especially if you are unemployed etc. – people here are tough, thick-skinned. London is a hub still and lots of stuff has passed through. It’s a fantastic thing to be a part of even if I get annoyed by it.

How have the limitations on Hackney’s licence affected you so far?

I play at the Dalston Superstore a lot and they have been at the front of battling all this license short-sightedness…It’s mainly affected me in a cultural way. People are talking and moaning about the restrictions all the time, especially the venue owners. It just makes me so sad that the music scene is one of the main reasons hackney remains an attractive place for people. It’s directly responsible for money coming into the borough yet the council want to jump on it because its an easy target for them. I suppose one of the things that it’s done though is making illegal raves start happening again which has been ace in my eyes and lots more daytime do’s which at my age is a good thing as well hahaha!

Do you think it (or policy like it) could have on the LGBT nightlife scene in London?

It’s definitely affected the scene in that we want safe space to go and hang and party and now getting a license for something new is incredibly difficult. There are gay men’s spaces that are embedded and secure but there are not that many safe queer spaces, let alone lesbian spaces around, so it just makes things harder which is sort of what the queer community doesn’t need as it’s pretty hard already…unless you have money obviously.

Do you have a favourite dancefloor moment?

Quite a few! A recent one was playing with Black Madonna and Eris Drew at KALA last year. I was following Black Madonna to take the dancers through sunrise into the morning on the beach. I started by taking her USB key out and getting that rubbish emergency loop thing ha! I was mortified but then the sky opened and it electrical stormed into the sunrise and everyone was dancing in the rain and ended it by putting a long version of Strings of Life on then jumping into the crowd to dance and get wet. After it had ended we all walked back to our hotels together in the pouring hot rain singing…total moment.

How do you think your experience has differed from other rising stars making their way through the scene at the moment? How can that be heard in your musical output?

I suppose I have had a seriously long slow career curve haha! There’s not many people of my age and varied life experience left in the Vauxhall conference of DJing and all that lark, so I’m kinda like a house mum to some people. Most people who were around doing things through acid house have become mega-successful, dead or have chucked it in years ago to become cab drivers or politicians. I suppose I can draw from a very long musical exposure. I still dig for records I’m after and I’m not really interested in playing the 30 newest bangers. All that informs who and how I am.

How important is playing GALA to you?

Actually, I’m really honoured to be asked – This year I’m amongst friends like Michell Manetti and the Horse Meat lovelies who are playing too. I play a lot for Percolate parties and have played for Horse Meat Disco a couple of times before and they have been good for me as they let me play what I want. Playing at GALA means I’m not just a Hackney DJ but a London DJ too. I love places in Peckham like Rye Wax and that whole pacha thing… the location is very much like hackney maybe even better because it still has the community vibration too. So its very important to be part of things like this.

If you didn’t make it over to GALA festival this year, be sure to follow @GALA_Festival for updates and tickets