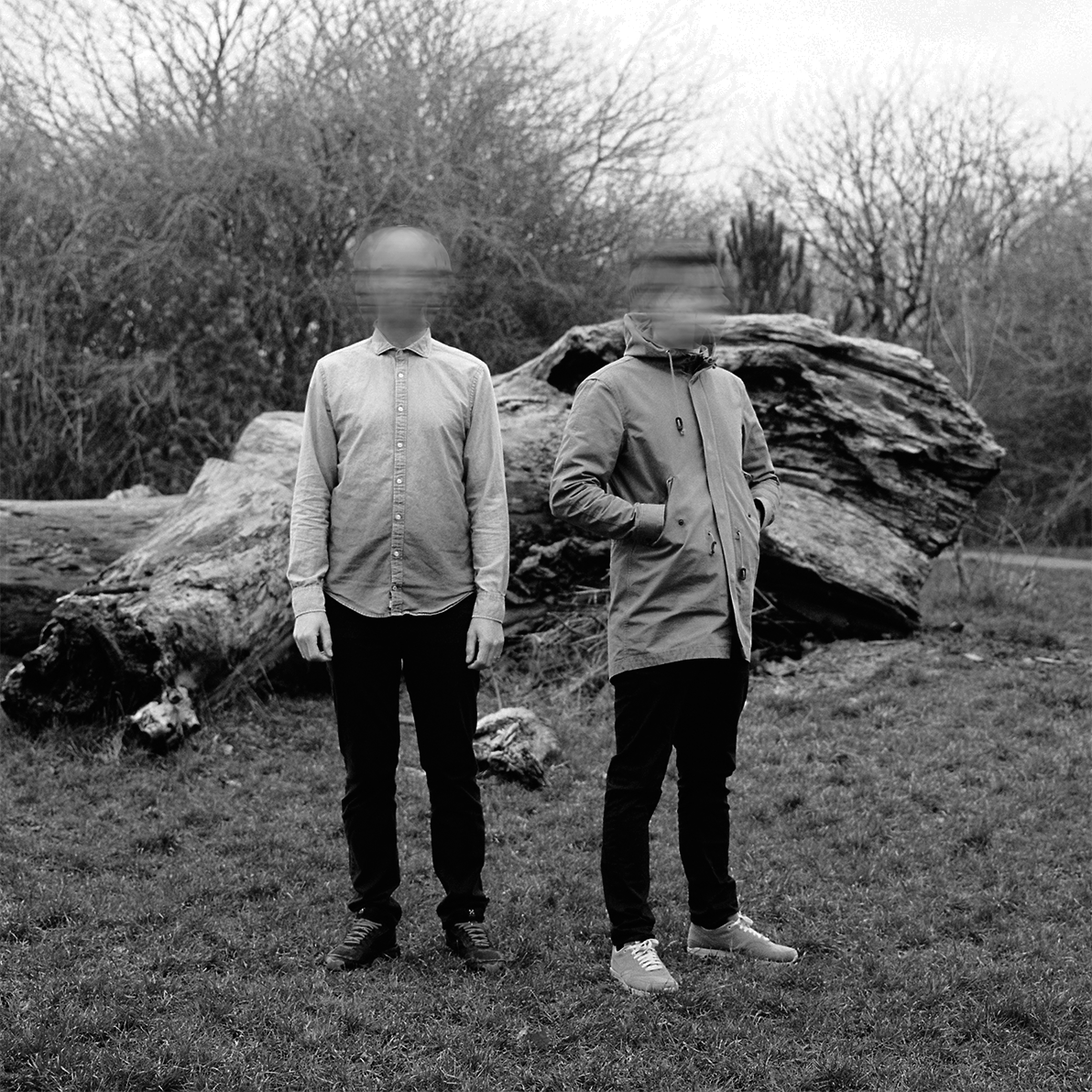 The incredible history of the UK’s music scene has left it as a hotbed of inspiration for most producers – each twisting it in their own way. With new duo Brecon, it’s turning Garage and Dubstep into atmospheric records that draw influence from their surroundings of South Wales and Bristol. Individually, the two brothers are established producers, with Joe creating heavier industrial sounds and together they fuse their dance music heritage to form introspective melodies. Their debut EP ‘Scattered’ caught the attention of Max Cooper who, signed the release to his MESH imprint. Performing at KOKO London with Max tonight, the duo have been working on an immersive live performance that incorporates A/V elements. We got the Lowdown on Brecon and found out how the project came to be, what it is about the UK that inspires them and what you can expect from their live performances.

You both have solo careers and previously worked together on a track called ‘Colleen’, what inspired Brecon and creating a collaborative project together?

While this is in one way a very new project, we’ve been collaborating together for years in one way or another and the whole project has evolved very naturally.  One of the advantages of being family is that we’re able to be completely honest with each other.  This can be a mixed blessing but is really useful when writing music together and for years we’ve been playing each other our solo stuff and learning each others specific styles and strengths and weaknesses.  Along the way there have been plenty of little bits of input into each others solo work and eventually, after a very disappointing night out, we decided to stay up for most of the night with the aim of finishing a track together.  This first track was “Colleen’ which has developed fairly significantly over the years is featured as ‘Scattered” on our latest EP.

What is your aim with Brecon?

Our aim is pretty simple really, we just want create music that, at least for us but hopefully for others, is as sonically stimulating as it is musically.  The artists we truly admire and look up to are able to control and manipulate sound is such a creative way whilst also using this platform to deliver emotive and engaging music.  Our only restrictions in terms of how we achieve this stylistically is that unless both of us are completely happy with every element, then it isn’t given the go ahead.

The EP will be released on Max Cooper’s Mesh label, how did your relationship begin with Max?

Max agreed to remix Joe’s track “Spectate” and in conversation Joe had mentioned the Brecon project.  Max heard some of the earlier tracks in a much rougher form and expressed an interest in releasing it through his own label.  He’s been really supportive throughout the whole process which means a lot as he’s someone we’ve always had a lot of respect for.

Joe, your solo productions very industrial whereas the Brecon record focuses more on melody, how do you transition between the two sounds? Do you find it easy to get in the different creative mindsets when you go into the studio?

It really depends on my frame of mind but generally I find it works really well. It’s great to be able to switch things up.  Also, while they’re very different projects there’s a fair amount of common ground which I suppose is why it works so well.  I also find it really useful to have someone else to bounce ideas off and to help keep subjective about things.

I’ve found that the UK inspires a lot of your work, what is it about the scene that makes it so special to you both?

This is a difficult one to answer to be honest as the UK scene is all we’ve really known so well.  I think that there is definitely something to be said about the significance of the UK music scene globally across all genres.  At the same time though there’s plenty of non UK artists that are hugely inspiring.

Are there in particular tracks from the scene that stand out to you and helped shape your sound?

We’d love to be able to give a definitive list but the reality is that there’s so many different elements from so many different tracks that have helped shape our sound.  Whether it’s a production style, a just a sound it’s all one beautiful mesh of a thing. 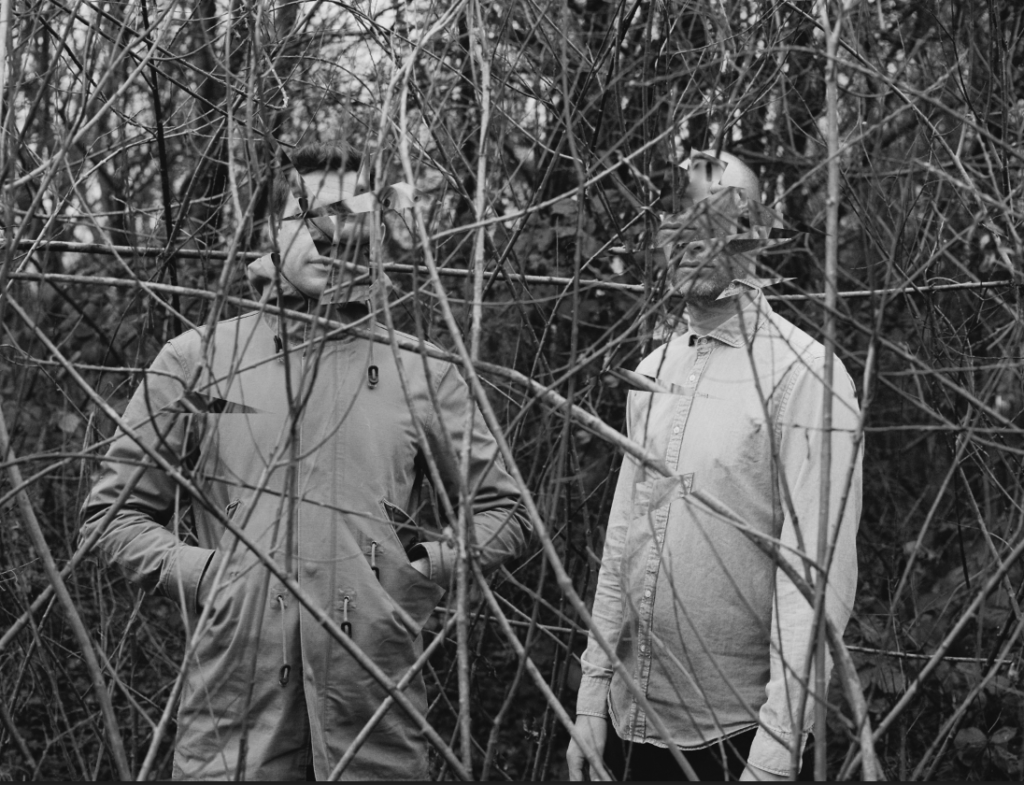 Aside from your hometown, is there anywhere in the UK that you like to explore when you’re in need to inspiration once you’ve hit that inevitable creative wall?

One of the best things about the areas around Wales & Bristol in general is the fact that you easily and quickly be in so many beautiful places, whether it’s the beech in Pembroke,  the mountains of South Wales.  Equally though, a few of the tracks were written late with the hum or sirens in Dalston, which can be just as inspiring although quite different.

It is said that you’re currently building an A/V show, what draws you to this artistic format and what can we expect to see? Will this be showcased at your upcoming show at KOKO London where you’ll be supporting Max?

Yeah, we’re really excited about it, although very daunting supporting Max who’s shows musically and visually are out of this world.  We’ve been working on the live set all summer and have worked with a few amazing visual artists Ursula Hutchinson, Fionn McSherry and  Nick Cobby who’ve created some incredible visuals for the live show.  It’s a live show in the truest sense with most of the parts played live on MPC’s and drum pads so equally exciting as nerve racking.

Could you recommend other A/V artists to check out? What is it about their work that you like?

Nick Cobby (mentioned earlier) is an incredible A/V artist and has created a stunning video for our track “Half Light” which will be released very soon. His work is always so beautifully detailed and gives the music a whole new depth.

What other creative projects would you like to explore in the future?

Playing live is a really important part of the project for us. We want to make it as ‘live’ as possible. We’re exploring ways that we can incorporate a live drum kit that triggers reactive visuals.