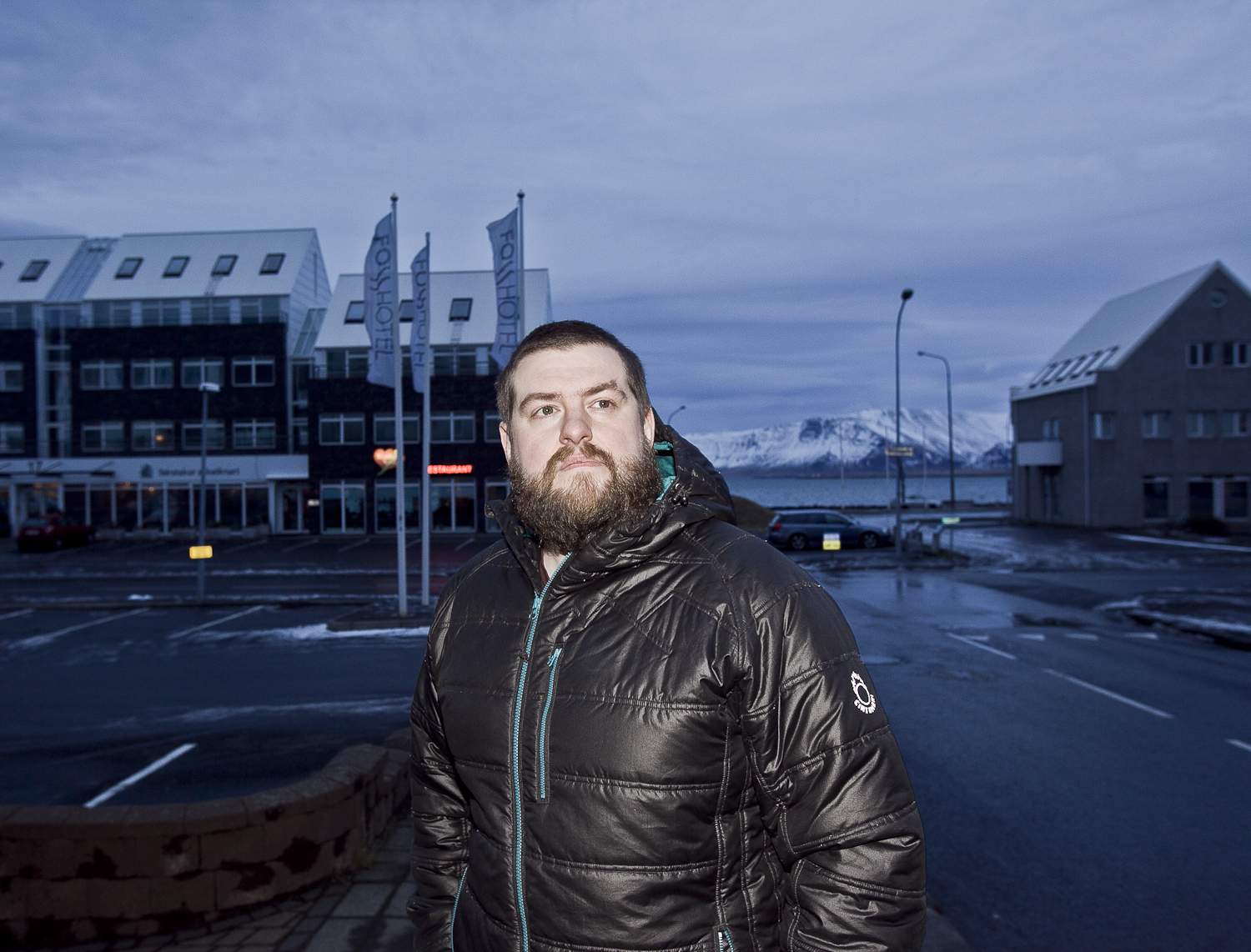 FALK Records is responsible for supporting Iceland’s experimental music scene. Meaning ‘Fuck Art Let’s Kill’, the message behind the label is that they ‘make something and release it to fend for itself. To kill or be killed.’ One member of the collective is Bob Cluness who has been a key player in Iceland’s scene for several years as well as reporting on the happenings via platforms such as Reykjavik Grapevine and The Quietus. Some of the artists who have released on the label so far include Dynkur, Lord Pusswhip, Harry Knuckles, Asmus Odsat and AAIIEENN. For this edition of Spotlight, Bob Cluness highlights some of the instrumental artists coming through Iceland.

Aka Steinunn Eldflaug Harðardóttir to her mum. Steinunn has been part of the DIY/Underground scene for a long while now either as a member of noise rock band Skelkur í Bringu, or as solo as DJ flugvél of Geimskip (DJ airplace and spaceship). It’s kinda hard to describe her sound – part wonky outsider-pop, part woozy broken new wave synth music – but she sings about alien abductions, ghosts and all sorts of weird and wonderful stuff. She is also the sweetest human being alive and has a debilitating addiction to Pomeranians and UK Jungle music circa 1995.

Aka Hekla Magnúsdóttir, she does things with the theremin that will send shivers down your spine. A member of surf rock group Bárujárn, she moved to Berlin a while back and her music since then has really taken off. Her most recent album, Á on Phantom Limb drips with haunted atmospheres and loves to dwell in its negative space.

Jónbjörn Finnbogason by day co-owns and runs Lagaffe Tales, a well to do deep house label with his mate Viktor Birgisson. But by night he dons his cape and makes some cool ruffage under his own moniker – we ended up releasing him because no one was working that sweet spot of minimal tech-electro and Bristol bassy bangers. simple really.

ANOTHER one we released on our label! but lord Pusswhip, aka Þórður Ingi Jónsson, is probably one of the most exciting producers around in Iceland, mostly for his ability to straddle so many different strands of hip hop such as his albums Lord Pusswhip is Wack, Lord Pusswhip is Dead (that he release with us on FALK), Stationz ov the Puss, his work as the duo Psychoplasmics or when he made his bizarro take on hardcore music with The Hand of  Glory EP on bbbbbb records. Also – he is very tall. VERY tall!

ELECTRO FUNKY BOI TIMEZ. ther eis a lot of really great electro coming from Icelandic producers at the moment (to get the best of it, I recommend that you go and check out Sweaty Records to heard what it’s all about), but for my money the most interesting/weird of them all is Volruptus, aka Bjargmundur Ingi Kjartansson. He just captures that unworldly aspect of electro that makes you think that this stuff is being transmitted by sentient AIs from across the galaxies, complete with bizarre harmonics and off-kilter dynamic. Wibbly!!

Time for some Ethereal spooky moments! IDK IDA is the moniker of Ida Schuften Juhl, a Danish drifting presence who ahs set up roots in Iceland. Her music is very much that blend of Dead Can Dance gothiness with sandblasted ambient crunchiness. She also has a great live presence as well. keep an eye out for her!

Now here is a lovably weird little duo. The singer from darkwave band Kælan Mikla (Lauffey Sofia) and her artist friend (Águsta Björnsdóttir) make this frankly bizarre sound that is all about murder, cats and skulls… i think. when they play live they kneel down on stage surrounded with a collection of bones, cat figurines and assorted knick-knacks, all dressed in white, while making shapes with their hands. Not your  average synthpop duo.

Another travelling artist to these shores, Maria-Carmela Raso has worked with the Icelandic lable/collective Bedroom Community, and when she is not working with the people at the creative music space Mengi, she also is a curator at the DIY art space/gallery Ekkisens. When it comes to music, she blends together her art and her take on experimental pop music into a series of installations/performances with other artists.

Ahh Bjarki Runar, the grand pooba of the Icelandic electronic scene! To be honest when you release 3 triple albums in a year on Trip records that were a mix of pounding techno, pulsing broken beats or inscrutable IDM-style hardcore blasts, or in this with his new album Happy Earth Day, Bjarki pretty much works his arse off when it comes to his productions. I still have some of his old techno releases on his early monikers and it was was as good then as the stuff he make now!

OK, when it comes to working with Modular synths in Iceland, there are quite a few who work with as a major component in their music making, but AAIIEENN, aka Hallmar Gauti Halldórsson is one of the few in Iceland that actually makes it work (theother one being Franceso Fabris). The guy is a total geek  – in the nicest possible way! He comes more from the local punk/hardcore scene where he cut his teeth before investing in electronic hardware, but it’s inform hi thoroughly DIY approach to making his music whether it’s releasing his stuff with us, or doing collab releases with local hardcore bands.

If there has been one band that has pervaded the scene over the years, gliding undetected like carbon monoxide, then it would surely have been Reptilicus. They started off as an Industrial outfit that made a hopekrusher mix of noise, rock, and electronics. Over the years they’ve become more electronic and abstract in their productions. their last album (a collaboration with German musician Senking) was a beguiling mix of heavy beats and throbbing ambient textures. one for the old skool!

‘Tschüssi’ by Dynkur is out now on FALK Records – buy here.