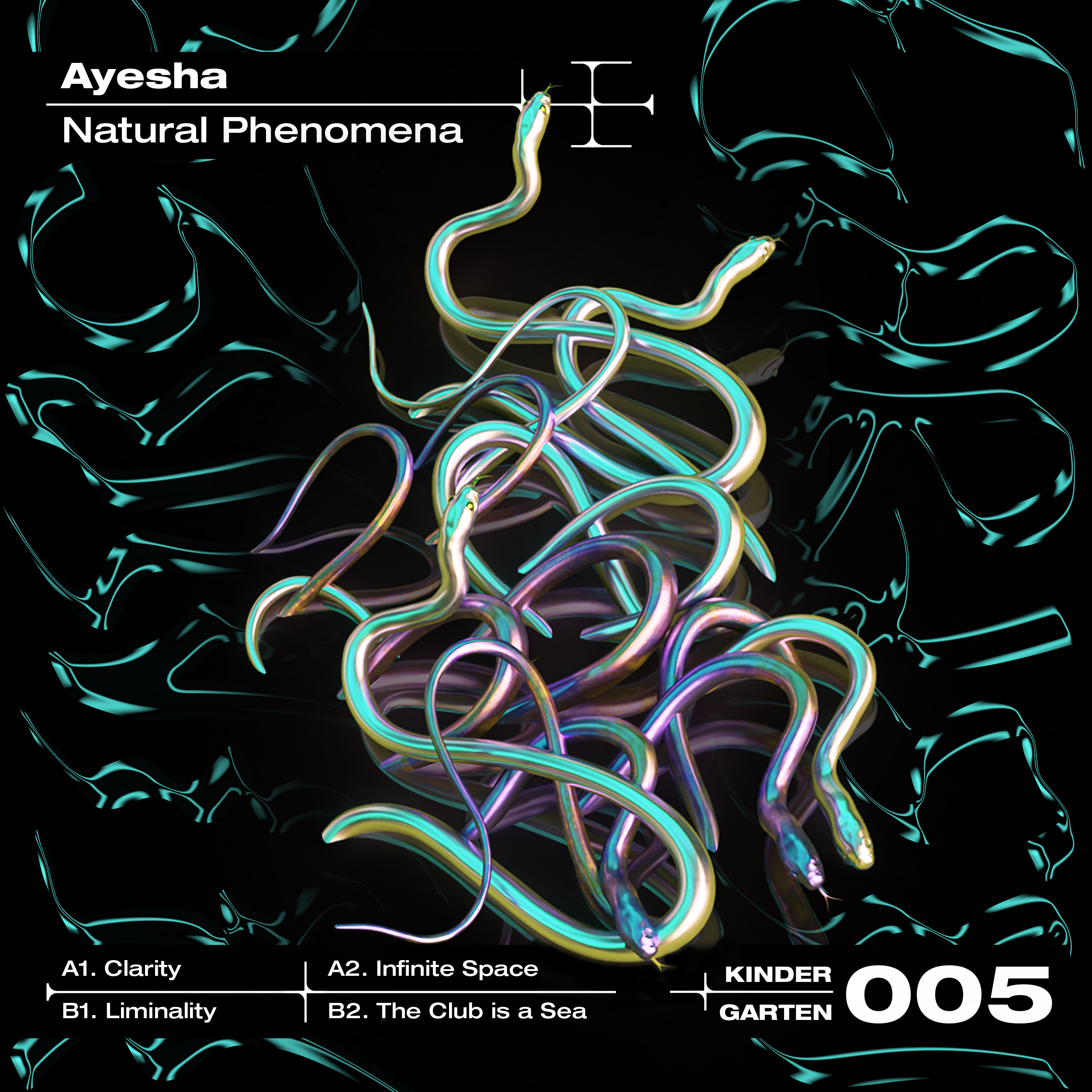 Brooklyn-based DJ and producer, Ayesha is set to release her debut EP, ‘Natural Phenomena’ on local label Kindergarten Records (founded by Ma Sha) later this week. Tapping into her Indian heritage for the wide-scoping four-track release, evoking the country’s lush environments and sounds. As she puts it, “this is cultural memory channeled into universal club format.”

In Ayesha’s words, Natural Phenomena is “an undulating love letter to nature and the dancefloor, [a] space where [her] biophilia collides with her yearning for the dancefloor.”

The aptly-titled track ‘The Club is a Sea’ draws from aquatic soundscapes, leaving you feeling like you’re immersed in soft waves, floating under the warm summer sun. Bringing it back to the club environment, the track is filled with driving percussions, polyrhythmic elements, and hypnotic, echoing vocals.

‘Natural Phenomena’ by Ayesha will be released on the 6th November via Kindergarten Records – pre-order here.