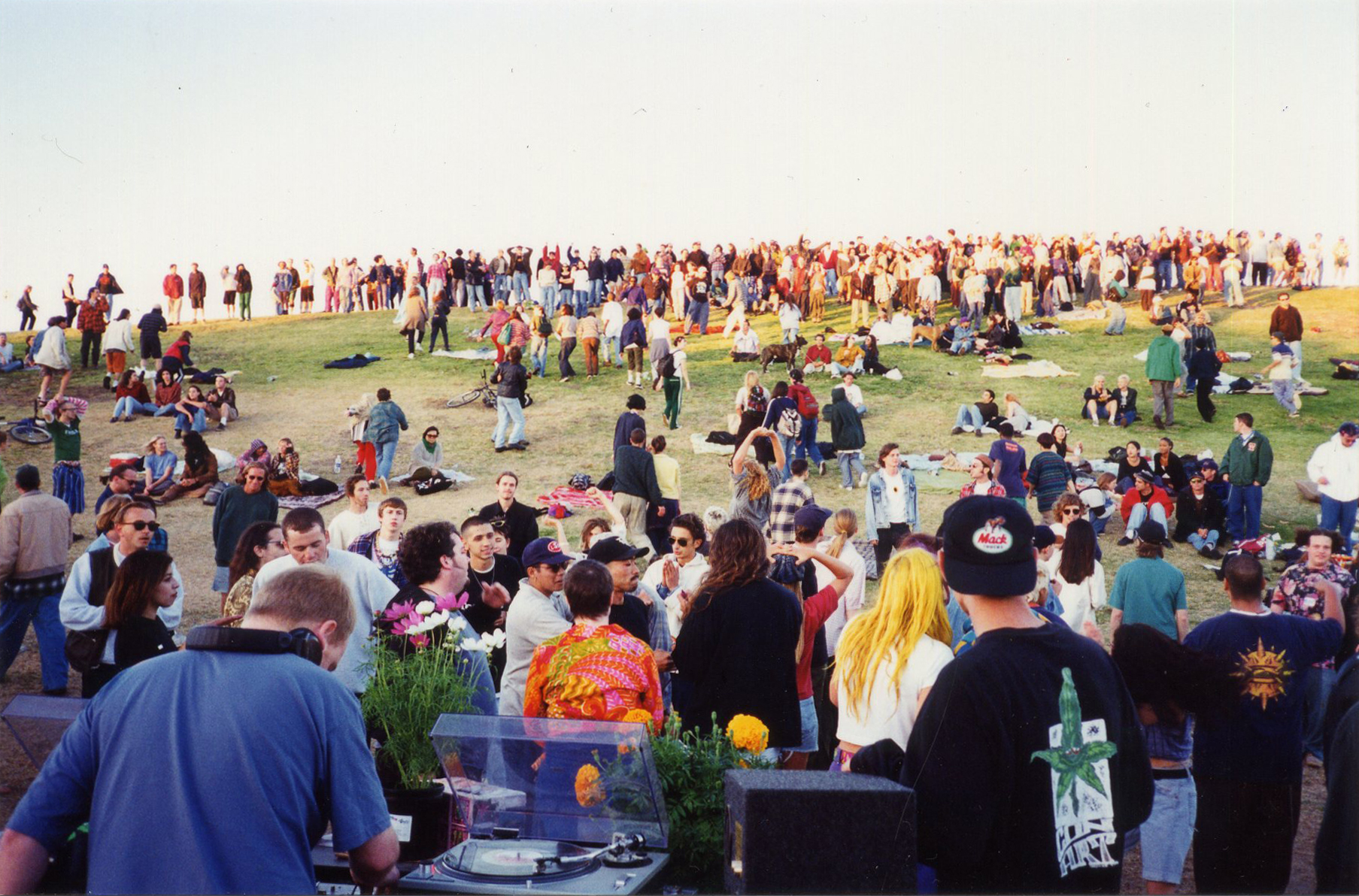 “Building community through dance” is the motto of Californian crew Sunset Sound System who started 25 years ago by throwing parties in local parks in Berkeley every Sunday with a truly DIY set-up with a generator and speakers. The aim of Sunset Sound System was to be able to play records that the founder Galen didn’t get to play anywhere else. Although they were going against the grain and creating their own thing, it wasn’t long before the wider community started picking up on what they were doing and soon hundreds of people were flocking to the park, dancing whilst the sun set behind the San Francisco skyline. Still today, Sunset Sound System is an important collective in the Californian scene but their message is spreading worldwide with Galen & Solar playing across the world with Sunset showcases at Love International and Tulum, Mexico. Ahead of their Sunrise Session and SSS party at Love International next month, Galen provides an essential playlist of tracks that have been integral to the party throughout the years.

There’s something about the combination of Derrick Carter beats, the never-ending triangle throughout, alongside the sweet female vocal about “dancing in the rain” that has made this a classic at Sunset Parties since it was released. Ironically, we are day party in the sun but i think many people love the idea of a little walk or dreamy dance in the rain every once in a while.

Sunset Sound System has always had an acid house foundation. Around the early 2000s, there wasn’t a lot of good acid house coming out until this stormer surfaced. Yet another track that has not left my record back since it was released and works for me daytime or late into the night.

This fusion of organic Afro-Latin beats mixed with tripped out analog synths, a gritty bassline, and exotic vocals was and still is a dance floor favorite of mine. Perfect for our outdoor jams in the park and always stirs it up on the grassy dance floor.

This is probably my favorite boogie disco track of all time. It’s the perfect mix of raw groove, with a thick bassline, echoed out vocal snippets, and sweet paddy synths. I closed out many a blissful Sunset Parties with this one. Couldn’t have ended a weekend any better.

DJ T – Funk On You (Original) – Get Physical

Grit, funk, and a good time is what this track insights every time it surfaces in the sunshine. It’s dark and uplifting and always jamming. The tripped out vocal snippets echoing thru the sun rays always created an unbridled atmosphere of getting down hard.

One of my all time favorite David Morales remixes and it’s of the ever amazing Björk. Her avant garde vocals resonated highly with the underground scene in the 90s and 2000s and especially at Sunset Parties. This track just builds and builds until it breaks into signature Morales beats.

So simple yet so effective. I just feel like I’m at an underground warehouse party in the 90s when I listen to this but it also sounds amazing outdoors. This has been go to chugger that keeps circling it’s way back into my record bag and definitely a Sunset favorite.

I remember discovering this track early in my dj career and literally could not stop playing it. Needless to say, it made many appearances at Sunset parties and always was stormer with everyone kicking up grass in a dancing frenzy. It was a fabulous homecoming in a way when we were able to have Alexander perform at 2 Sunset Sound System events.

Another all time favorite modern acid house track of mine. This remix overall sets the mood that shit is about to get serious on the dance floor. But, those sweet and mysterious vocals let ya know were still keeping the vibe groovy as we shake it down in this park.

Growing up in the aftermath of San Francisco’s psychedelic music culture, finding a song that featured Pink Floyd and Blade Runner samples was one that just had to be played while frolicking in the bay breezes on a Sunday afternoon.