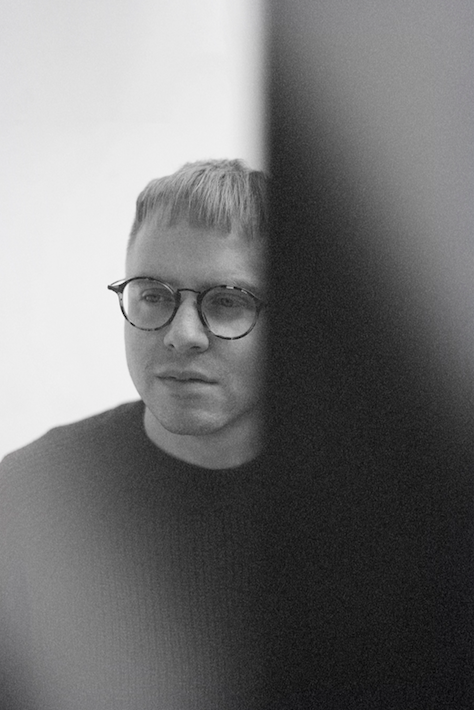 Starting off as a club photographer for DURRR, London-based DJ and producer Kiwi (real name Alex Warren) soon moved to the other side of the booth after a conversation with Erol Alkan which sparked the new motive. Launching two parties – Orlando Boom and Kate Boss – during his time at Goldsmiths, both events became a sold out success and caught the attention of The Columbo Group, leading Warren to become the promotions manager at The Nest. It wasn’t long after that when Warren took to the decks and was a hit straight away. Releasing on labels such as Days Of Being Wild, Sneaky, Deep Shit and Defected in the first part of his new-found career, the sound of Kiwi has been heavily supported by the likes of Andrew Weatherall, Daniel Avery, Erol Alkan, Optimo, Skream and Rob Da Bank.

Kiwi’s productions span across Balearic, disco, house, Detroit techno and now euphoric synth wave melodies on the new ‘A Peruvian Dream’ EP on Jennifer Cardini’s Correspondant imprint. With the addition of Balearic and trance elements from Rex The Dog, the new record is one of Kiwi’s most creative EP to date, placing him alongside selectors such as Ivan Smagghe, Gatto Fritto, Roman Flügel and Young Marco. We caught up with Kiwi to discuss his progression, the new EP, his love for food and what he hopes to see more of in 2019.

You originally started on the sidelines as a photographer, what inspired the decision to start producing and DJing yourself? Did you have a sort of lightbulb moment?

In truth not really, I was taking photos at Durrr at the time and when The End closed I decided there was space in London for a new night, and I launched Orlando Boom, it was through that that I really started DJing regularly. That said, I do remember having a conversation with Erol Alkan, and he’d told me he’d always want to be a photographer, and I replied thats funny I’ve always wanted to be a DJ. Maybe that was light switching on…

Has music always been something that it’s important to you? Are there any other passions in your life?

Absolutely, I’ve always been interested in music, I was an avid John Peel listener when I was a kid and he opened my mind to all sorts of music I’d never have heard or been exposed to otherwise. As such I went through many phases in my adolesence. Other than that, I’m super in to Design, film, and food, I’m a keen cook and food lover. I think food is where I turn to when I really need to shut my brain off, I can spend hours in the kitchen. 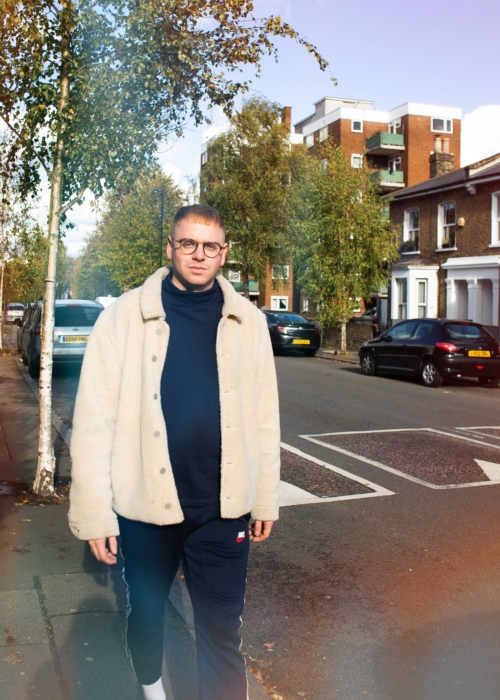 Did you come from a creative family?

Not as such, I think my mother was always super creative and my Dad is an amazing problem solver, which in itself is a creative trait, but I think they always put their careers before their creativity. I’ve been lucky enough to be able to focus on on the things in life I really love doing, and I’m so grateful for that.

Your success happened quite quickly, what or who do you credit the most for this?

I think there are a lot of factors. It’s funny I actually see myself having a steady progression. But initially I have to thank all the amazing engineers I’ve ever worked with, notably Joseph Ashworth, Martin Dubka and James Greenwood. The Days of Being Wild Crew, and Edwin and Jack from Deep Shit for taking a punt on my first records, also I need to thank Erol, Andrew Weatherall and Daniel Avery for pushing  and supporting me, also Dan Spinney, for giving me my first chance at starting my own night, and Andy Peyton for continually supporting me through my career.

In an old interview, you’ve mentioned that DJing is more important to you than producing records – does this still stand?

100%. I live for DJing and I like making records, but its always been something I’ve done to give me ammo for when I’m playing. There is no better feeling for me than taking a room from empty to full and then to close. The feeling you get when you really connect with a crowd, and share those little and unique moments, whatever they may be.

You’ve released on a diverse range of labels from Life And Death and Defected to Disco Halal, Futureboogie and Correspondant – how do you feel your sound has changed over the years? How does this relate to your personal growth?

I’m not sure really, I still play a lot of the records I made all those years ago. My sound has always been super diverse. I’d like to think I’ve got better at making music, but actually I think my naivety and inexperience when I started is what really helped made those records what they were.

Could you explain the concept behind ‘A Peruvian Dream’ EP? Where did the name come from and is there a story behind it?

It’s a short and sweet story. I had a dream about a trip to Peru, I was eating all this banging food (I love peruvian food), and when I woke up and had a an email from Jennifer Cardini asking what it was to be called. The rest as they say is history….

When it comes to enlisting an artist to remix one of your records, what is the most important aspect for you to consider? With a remix from Rex The Dog on ‘Condor’, what made him right for this EP?

I always want to find someone thats going to offer something different to the package. I always look to my favourite producers and the people I play regularly in my sets. I’ve been a fan of Rex for years, and we’ve become friends recently so it made perfect sense for me to ask him to do it, and I’m so glad I did!

I can imagine it must be hard for an artist to decide when a record is complete, especially after working on it for weeks or even months – how do you know when the record is ready to be released?

Actually, I usually know quite quickly. It’s usually at the point when your changing stuff and just making it worse that I stop. But yeah I usually know when it’s done. I make music quite quickly so I don’t tend to faf on stuff for weeks. Sometimes i need to play it out before I know how to make final edits or mix it down properly and sometimes I really struggle with the mix down and need to get someone else involved to get that right. Fresh ears are so important on that. But in terms of composition I usually know when its done pretty quickly.

Having held a residency at XOYO, what do you think it taught you about DJing? Did you discover anything new that you still use in DJ sets today?

Well its always nice to play alongside different DJs, representing many different scenes, that way you’re challenged to engage with all sorts of different fans and tastes. But I’d often play all night long in room 2, which presented 2 challenges, one to hold a crowd when the headliners for which the room has probably bought tickets to see is playing downstairs, and the other is to take a room from start to finish for 6 hours, and maintaining engagement and interest. I learnt an awful lot doing that week in week out. 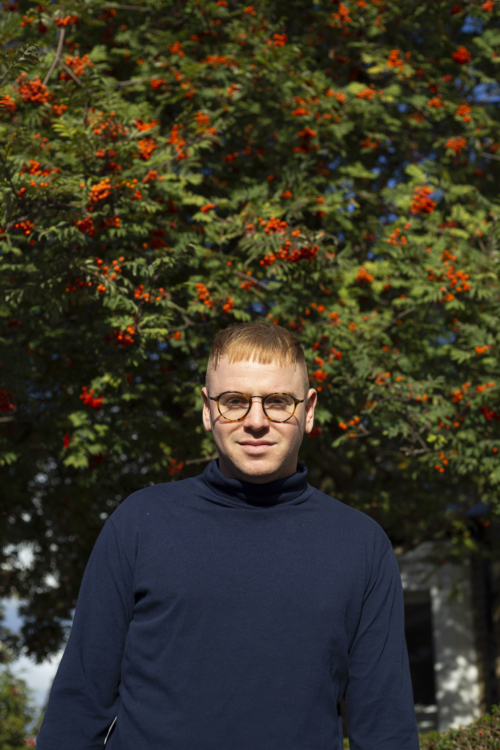 When it comes to your sets do you try to focus more on technique or selection?

I love this question. I actively try to avoid thinking about my technique, I like to feel free to be spontaneous to mix records differently when I feel enthralled to do so, I take risks and I make mistakes and thats something I’m really quite proud of. The selection on the other hand is so paramount, it’s so important to paint a picture, and to know when to lift a room or calm one down. To spread love or anger, to increase the energy or calm it down, theres so much emotion that can be conveyed through the music you play, and ultimately that is the most important thing in terms of my job. For me what really isn’t important is to be able to perfectly sync music together in perfect key, one track after the other with perfect effortless slow fades.

You’ve also worked as a promoter for the previous Colombo Group venue The Nest – how have you seen the role of the promoter change over the years?

I’m not so sure really, ultimately the job of a promoter is to get a good group of people into a party. The game has certainly changed, the best promoters I know now recognise that a party is about much more than booking a big DJ to play in a room of people.

You’ve previously said that if you wasn’t a DJ you’d probably be cooking, could you talk us through one of your favourite dishes to make?

Oooooh I’ve recently been delving into a keto diet, I’ve cut sugar from my diet almost entirely which offers some unique challenges, but I’ve developed a sugar and carb free chocolate brownie recipe that i openly challenge anybody to beat, sugar or not!

Also let’s discuss pets, you have two cats right? What do they bring to your life and do you plan of adopting anymore?

No more!!! They’re a total handful but they are the best, I’m needy AF, so my cats provide me with all the love and attention I need to get through my day.

More Activism. More females working and being supported in music (not just artists/djs), specifically I’d like to see more female music engineers. More nightclubs opening and more raves in magical places. A more hedonistic approach to nightlife. An end to the war on drugs. An end to austerity, More help, recognition and support for mental health charities. An overwhelming community effort to fight bigotry, an end to this Brexit disaster, and a closing of the gender pay gap. Sexual liberation, education reform, the continuing demise of the tory government, and more proper full rhythm sections making disco records.