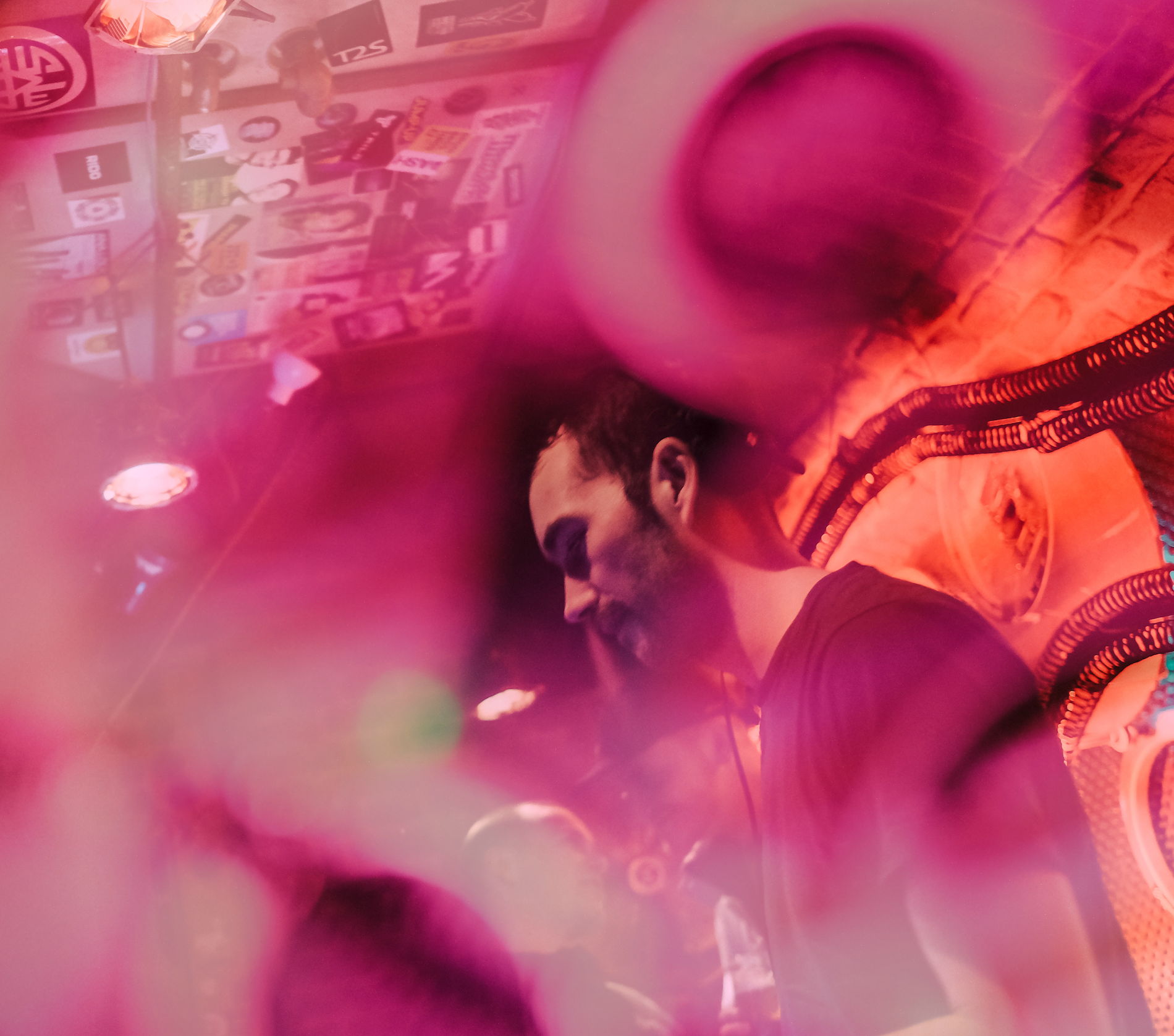 Up until a couple of years ago, Forest Drive West was a mysterious figure in electronic music – not by choice but because of his lack of social media presence. He’s been quietly producing for the last two decades alongside a teaching career in computer science, with hundreds of tracks in his arsenal. It was only a matter of time before his productions were getting picked up by class record labels such as Livity Sound, Whities, Neighbourhood and most recently Echochord. Following a remix of a Babe Roots track last year, Forest Drive West makes his full solo debut on the Danish imprint with ‘Parallel Space’ – a downtempo, dub-infused record that sees the London-based producer look to the likes of Moritz von Oswald, Mark Ernestus, Dino Sabatini and Yuka as influences.

How did you go about writing Parallel Space? What was the concept behind it?

The tracks were written at different times and studios over the last five years. There was no real concept just the results of continuous experimentation with dub and techno.

Any major influences that helped you write the EP?

I’ve always been into deep sparse dubby music in all its mutations, from dub, jungle, dubstep, techno, ambient and anything in between. There are so many influences but Basic Channel or similar projects from Moritz von Oswald and Mark Ernestus are definitely heard in the tracks as are the more trippy sounds of artists like Dino Sabatini and Yuka.

You are able to produce tracks at such a fast pace, what is it about music production that clearly comes so naturally to you?

I think one of the problems with writing music on a computer is that there are so many options. By working quickly I am forced to make decisions and not dwell on anything too much. For years I never got past a 16bar loop so I definitely wouldn’t consider myself a natural. I would spend too much time on an idea, get it to a point that I really liked but rather than finishing the track I would try to make the loop better and end up slowly unpicking or adding too much; slowly losing perspective and confidence in the individual parts. The result of this is ending up hating the idea and never finishing the track. At some point I made a conscious decision to just try to finish everything, I don’t need to think it’s perfect at the time. I take what I have and lay-out a quick arrangement with the basic elements and then leave it for a week. When I come back with fresh ears I can hear if it’s worth keeping or what needs doing to it. Sometimes it’s very little.

Does your environment inform the style of music you make?

I’m always more inspired in a new space to work in. When I’ve had to move studio or change things around I’m definitely more productive. I find while travelling I’m more inclined to make ambient or work on sound design. I think style is more defined by the mood I’m in or maybe I just heard a really fresh inspiring track and thought ‘wow’ I want to try something like that.

Does challenge play a role in your creative process?

It wouldn’t be much fun if it wasn’t challenging. 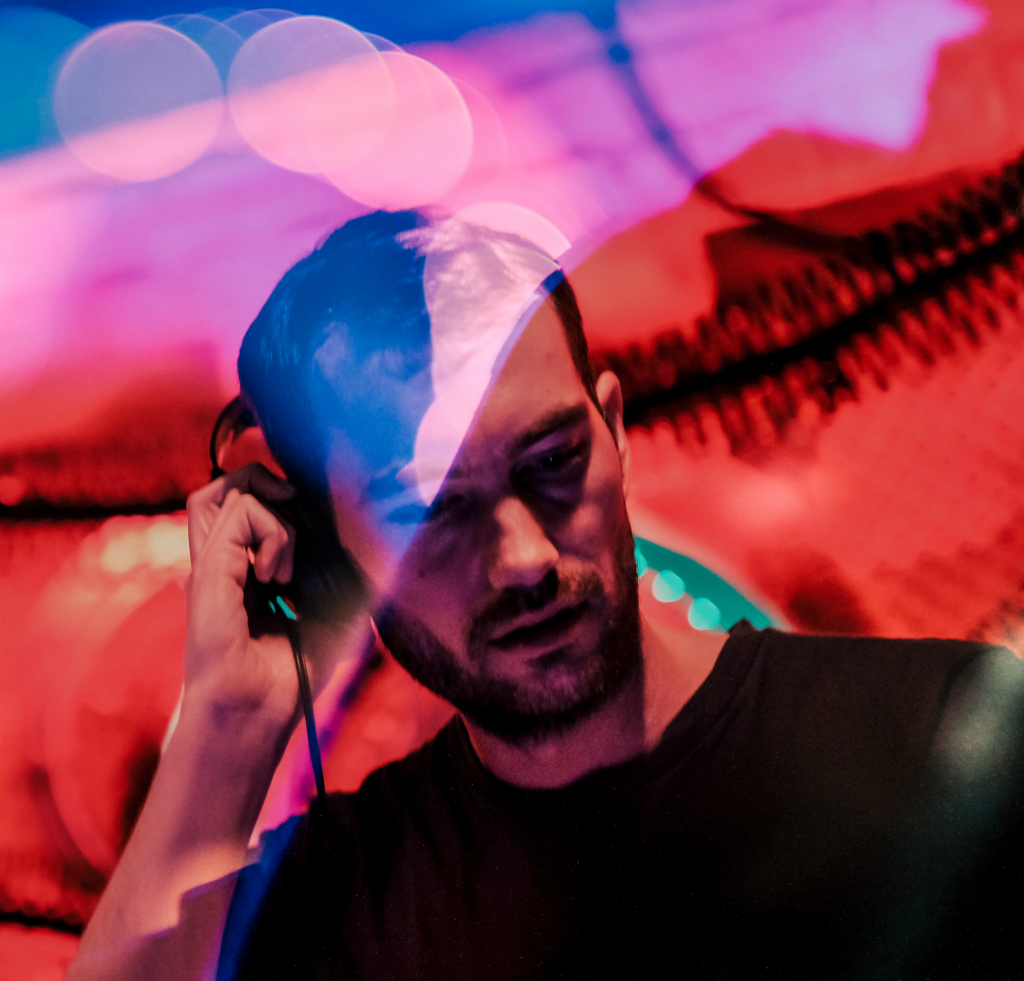 Are you more informed by research or relationships?

In discovering music It would be both, Its mainly digging online, in record shops through track-listing but also recommendations from friends. I have a friend that occasionally gets drunk and sends me all his recent finds. There’s always a goldmine of stuff I’ve never heard of.

You’ve released on labels such as Whities, Neighbourhood, Hidden Hawaii, Livity Sound and now Echocord – how do you choose which label is right for your music? Do they come to you?

Its been different every time really. I feel like I have been very lucky to work with the labels I have so far. For Livity and Rupture (my first two releases) I approached them with a demo. I had been closely following and admiring both for many years before I sent anything. I never thought they would even get back to me. I am a huge fan of Pev, he has been really supportive and is such a big influence on so many people including myself. Mantra and Double O are such lovely people and so passionate about what they do. The Rupture parties are my favourite nights in London. The other labels I have worked with have either approached me or I know personally. With Echocord I had remixed a babe roots track that was originally intended for a different project but ended up being part of an Echocord remix EP. Which was surreal at the time as it’s another label I have been buying records from and following for a long time. Kenneth asked if I had any tracks I would be up for sending over and luckily he was into them and so we put together an EP. It’s been a great experience working with him. I guess the most important thing when deciding on whether I should release on a label is that I love their output and buy their music. It’s great when they also give me the opportunity to do something different.

Have you been introducing music to your children? If so, what have you been playing them?

Before my son was born he would kick whenever we played a Shackleton track! He listens to whatever we are listening to at home. At the moment lots of afrobeat, dub and jazz, ambient stuff as well as electronic music. He manages to dance to all of it.

What were some of the first records you were introduced to?

My dad is a vinyl collector and used to regularly do a stall at a record fair which I occasionally helped out at as a kid. There has always been a lot of records about. I think one of the first ones I asked if I could have was a BBC horror sound effect record. Not sure what that says about me. 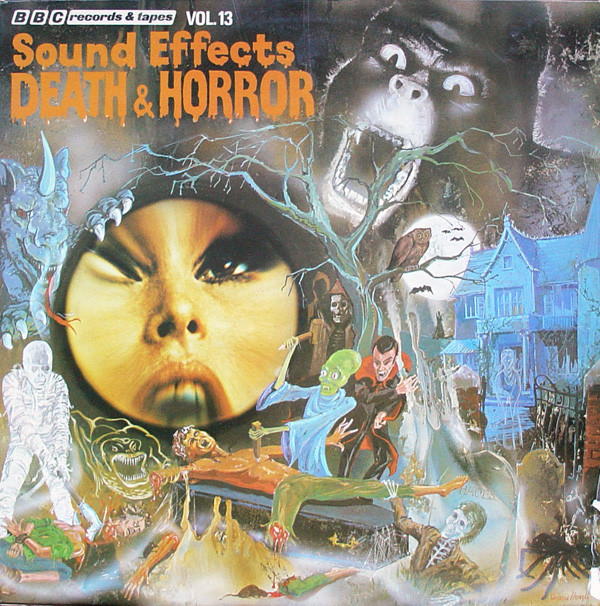 How do you stay in a good mental space? I struggle with writer’s block very often and always intrigued to see how creative’s avoid the burnout or rut, especially when balancing so many things.

For me, I have to keep it interesting which means switching up the tempo using different samples and instruments and not putting any preconceived ideas or unnecessary pressures about what I’m going to do. Just experiment and have fun. I go through phases with writing just jungle/dnb stuff and then I get bored and so I switch to something new. At the moment I’m experimenting with 100bpm and 150bpm stuff. Mainly because they are tempos I’ve not explored much before.

‘Parallel Space’ by Forest Drive West is out now on Echocord – buy here.