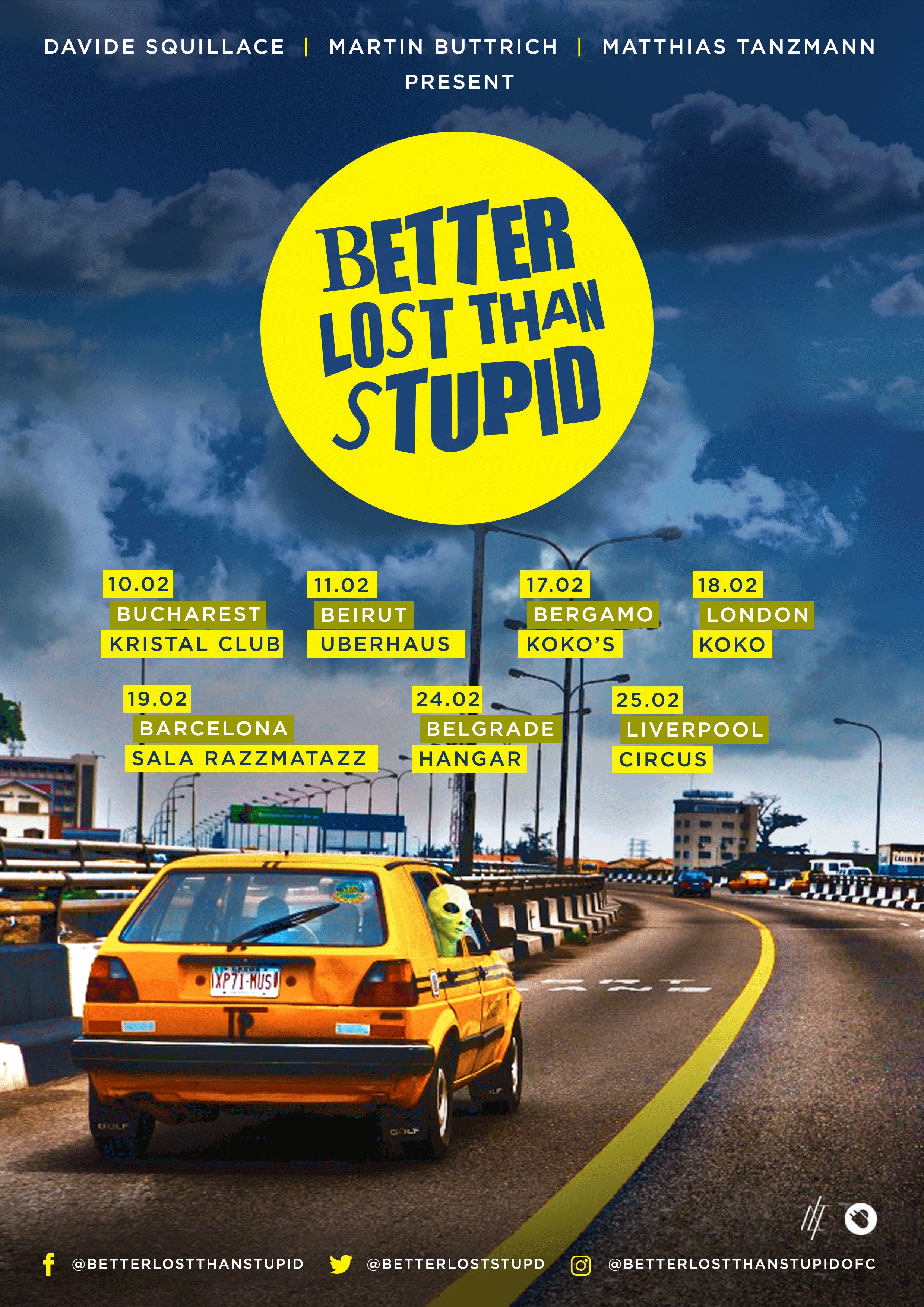 Martin Buttrich, Davide Squillace and Matthias Tanzmann make a highly-anticipated return under their Better Lost Than Stupid alias, embarking on a full tour for the first time since teaming up on the project.

Following on from their showcase at BPM festival this year, the Better Lost Than Stupid tour will take on various locations across Europe throughout February. There’ll be stops in London, Bucharest, Beirut, Bergamo, Barcelona and Belgrade, finishing up at Yousef’s famed Circus night in Liverpool. Taking in a mixture of intimate high-end and larger established venues, this will be Better Lost Than Stupid’s most extensive tour to date.

As integral members of the Circoloco family, Davide, Matthias and Martin had often played together as solo artists, but it was an incendiary back to back session between the three at 2010’s Electric Zoo in New York that sparked the idea for Better Lost Than Stupid. The collaborative act have remained in-demand, making one off appearances at high profile events and festivals like Tomorrowland, Exit Festival, Sonus, South West Four, Creamfields, Movement Torino and of course Circoloco DC10.

The trio have been working hard throughout 2016 to take Better Lost Than Stupid to the next level with rumours of more music to come and an album in the works.