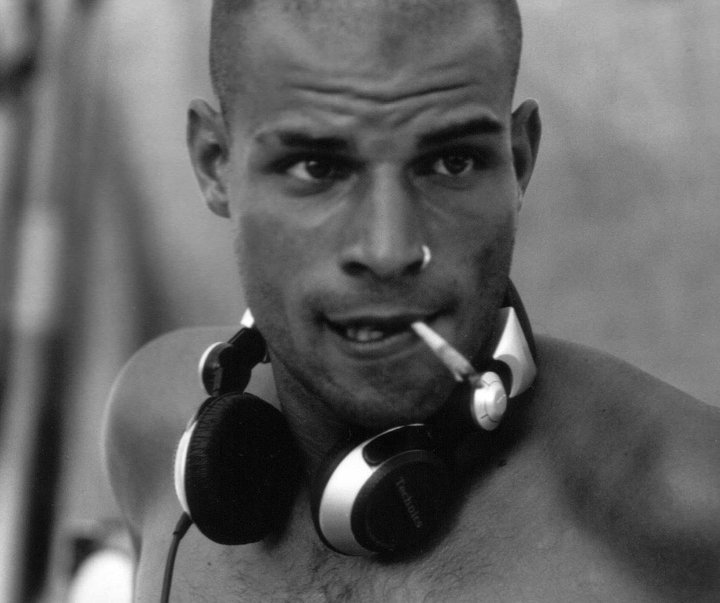 David Vunk is one of those rare artists in the electronic music world that has an air of old school rock and roll sensibility to him – perhaps influenced by his Dad who introduced Vunk to the likes of Beastie Boys, The Rolling Stones and Frank Zappa from an early age. Hailing from the harbour city of Rotterdam, Vunk has been contributing to the scene since from the 90s, starting off playing harder styles of techno and electro before moving onto Italo disco which fast became his fetish. At first, the transition between the different sounds was difficult but with I-F paving a way for Italo to hit the main stages through his Intergalactic FM radio station, Vunk soon found a new world to explore.

Now running the vinyl labels Moustache Records and Moustache Techno, where the names were inspired by the prominent moustaches seen on Italo artwork, Vunk has released the likes of The Problems, Neurox, Electrick Dragon, Gesloten Cirkel, Neil Landstrumm and Mata Hari. It’s also a home for his own productions such as ‘Omega Strap’, ‘Medication Time’ with Mario 010 and ‘De Maas’. Creating a treasure trove for the sound he adores, the label is seen as an extension of his eclectic DJ sets that focus on energy rather than a specific genre or sound. With his first set in London in three years tonight for the Feelings Xmas Rave at FOLD, we speak to David Vunk about his early influences, the scene in Rotterdam and his obsession with the vinyl format.

Your career started by playing relentless techno records in the 90’s and now you’re playing more Italo leaning sets to your many fans across the globe. How did people react to the change of direction? Do you feel people were open to hearing this new sound from you?

People totally didn’t understand that I started playing electro at illegal rave and parties instead of the hardcore acid, bunker and spiral tribe stuff. So when I started to play daytime at festivals and illegal raves, I didn’t like playing the hard techno stuff anymore – I was bored with it – so I thought lets do the electro thing that is most close to techno. Later on I also started to play disco and italo with it as well and people had to get used to it. Some did, and now they also love the italo disco chicago and electro stuff…haha!

Growing up in a musically rich family, how do you feel this benefited you? Do you feel you would still be in the music industry today if it wasn’t for your Dad introducing you to this world?

When I was a young kid I only wanted to play outside and didn’t want to learn playing piano, but I loved to listen to music – lazy young kid I think 😉 – and my favourite records those days where Thriller and Licenced To Ill, but when I found out about my dads tr-909 drum machine in our living room in 1986, I started to play on it and things changed. It was simple, turn on the fender bandmaster amp and turn on the 909, press start (I loved the lights so much on it) and the step sequencer – I was tripping on it, it was like a computer game or something. Later on I found out about my dads synths korg M1 etc years later I took 4 years of piano lessons but I still cant play properly hahaha I’m more a drummer anyway 😉

Do you think those earlier influences of The Rolling Stones, Beastie Boys and Frank Zappa have influenced the direction of your sound at all?

Yes they did: Beastie Boys for the beat, The Rollings Stones for the rock n roll party vibe and Zappa for the freak vibe. 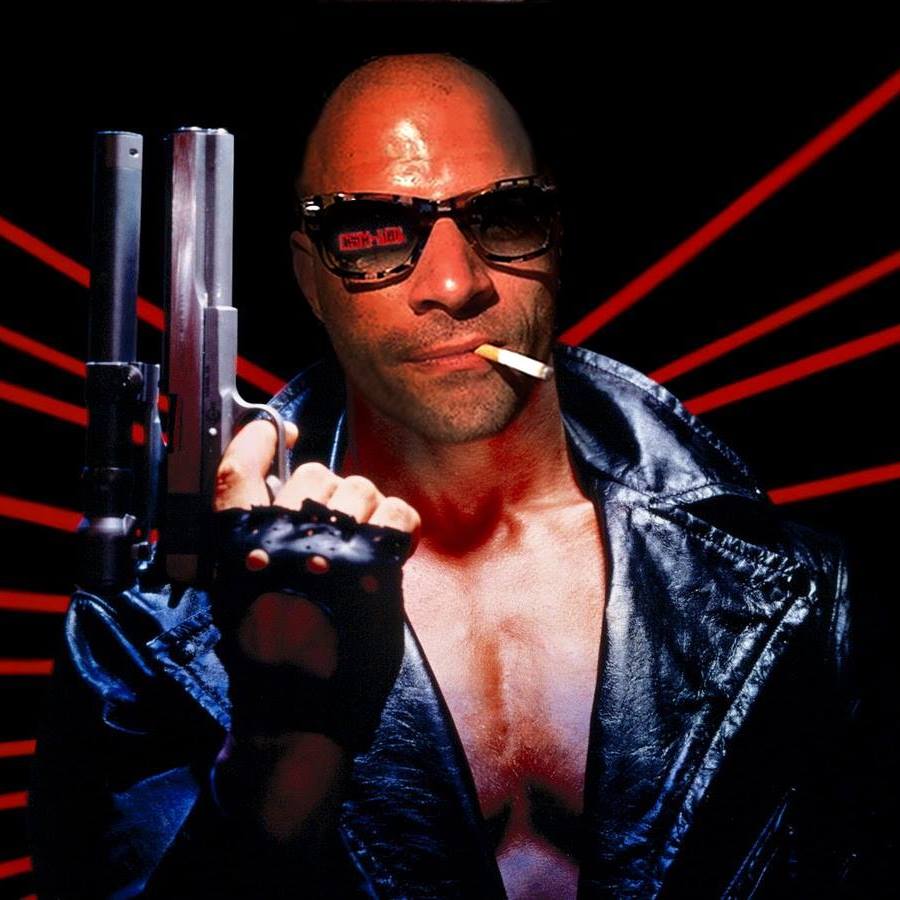 Based in Rotterdam, the scene there and The Netherlands in general seems to have had a real moment over the last few years with yourself, I-F, Identified Patient and the Pinkman crew all getting booked further afield – why do you think this is happening now and what makes Rotterdam special to you?

I’m one of the few who is really born and raised in Rotterdam and still into music, but I can absolutely say that Rotterdam inspired me – it’s a workers city. Rotterdam people always say “no stories just work” I think that is an old saying leftover from ww2 when the nazi bombed Rotterdam and the Rotterdammers had to rebuild the city from nothing. Music wise, we also have a long history with electronic music and clubs and even one of the most famous records stores in the world – maybe the best one, Clone Record Store that’s been open since 1993. Also the invention of Gabber in Parkzicht Club (where I went almost every weekend in the 90’s), the First Spiral Stibe free partys outside UK, Blue thiek inn  Disco with Peter Slaghuis… I can go on and on. But most importantly the Rotterdam spirit inspired me, the people and the love here, and the 160 different nationalities multicultural life here. It’s not about the name Rotterdam, we are Rotterdam the people who fell in love with Rotterdam.

How do you feel the city has contributed to your sound and style?

The records stores like Clone and the people who worked there through the years influenced me alot, giving me record tips – you know how that goes :). Also the clubs and DJ’s and styles throughout the years and of course the internet radio stations like the old cybernatic broadcasting system and Intergalactic FM. Nowadays I play everything I have to like it and it need the energy 🙂

What are your thoughts on BAR closing in the new year? Do you think the loss will impact the scene in Rotterdam? Is there a redeeming factor in the newer clubs arriving?

It’s a shame BAR will close, it was like my home, but history has told us that clubs come and go, thats how it is and there will be new clubs. Perron is going to open again and that’s great – wow the club started again! Also, I’m confirmed to play the last set ever in BAR on Monday morning June 30th, thanks to Jetti, Kris and Sjoerd for running BAR all those years.

Moving onto your releases and DJ sets, they tend to be focused around a specific mood – that of a high energy – rather than genre, why?

I just dont like to play only one genre and/or intelligent music and I believe in more energic DJ sets… I think that connection to the dancefloor and energy is one of most important things with DJing.

Speaking of mood, could you tell us about some records you have a strong emotional tie too?

Lots of Depeche Mode stuff, New Order, spital tribe, Unit Moebius, Legowelt, Alden Tyrell – my italo fetish is too much but at the end it could be The Immortals – The Ultimate Warlord for example 🙂

Having originally starting Moustache Records to press great digital records on vinyl – what have been some of your favourite releases over the years? Is there anything you’re eager to release on the label?

I have a secret list in my head with artists I would like to release, but my friends Danny Wolfers aka Legowelt and Brain Orgue Electronique promised me 10 years ago a release and never sent it to me – I’ve asked for it about 100 times, maybe in the next decade hahaha! One of my favourite records on moustache is: Im kellar – Im kellar 🙂

What is it that draws you to the vinyl format? Is it the visual aspect of being able to tie a release to an artwork or being able to have a physical copy of the release? Or something else entirely?

Playing records is so much fun but more difficult I think, but love it, especially together with my USB stick, you have the best of both worlds. However, first you need a really good set up, then we can talk about playing vinyl. Artwork is also important, I like the ghetto artwork way with the moustache, it tells something about the label and how it rolls.

Outside of music, what else has been a major influence on you?

My mother, my friends and love!

One reply on “ David Vunk: “But most importantly the Rotterdam spirit inspired me, the people and the love here, and the 160 different nationalities, multicultural life here.” ”