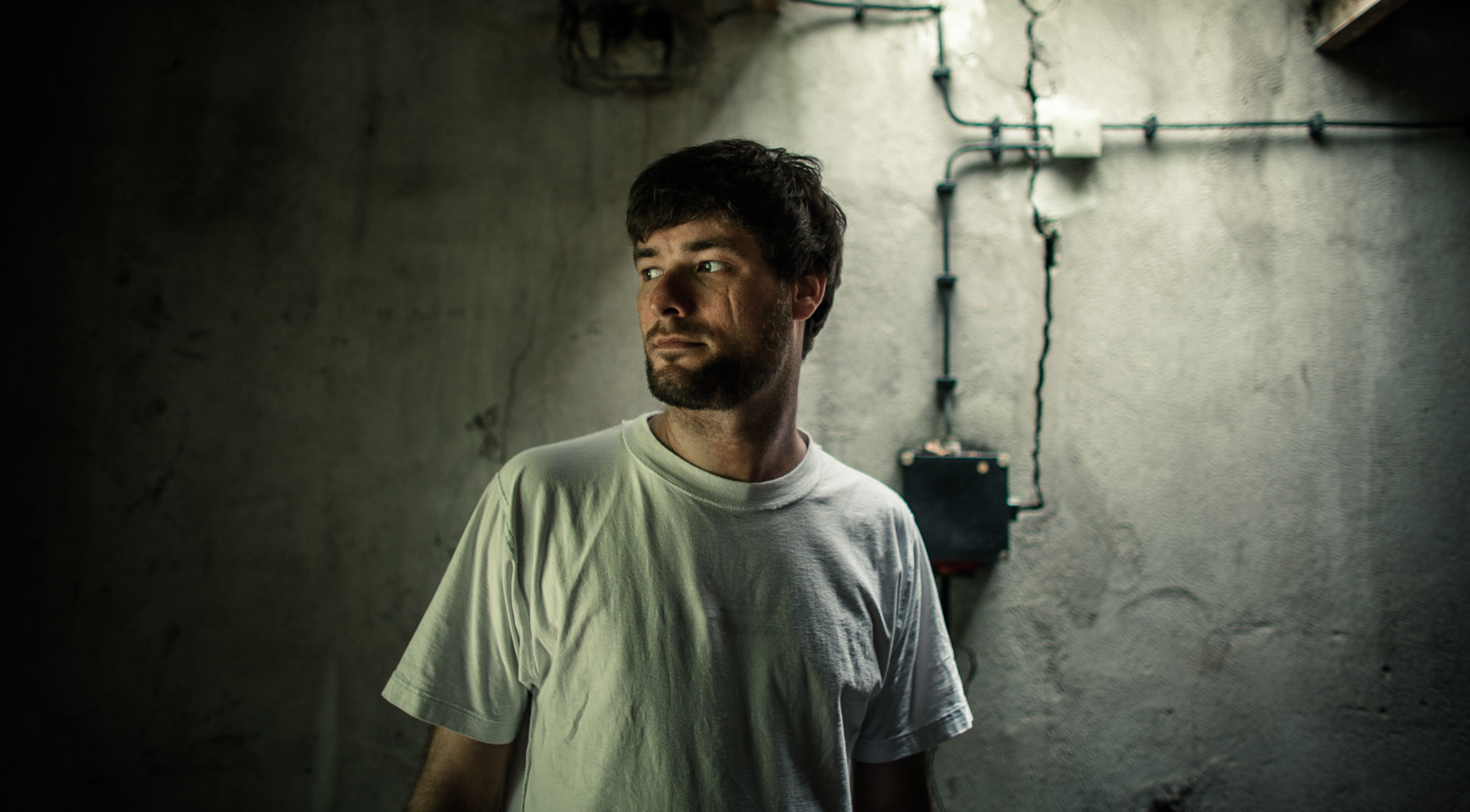 Being a creative is easy for some people. It’s not something they longed for but rather something that chose them – it’s their calling in life. This goes for Credit 00 who is not only an incredible musician but also a skilful graffiti artist.

Whilst studying fine arts, Credit 00 became immersed in the world of electronic music through Dresden’s clubbing scene. As part of the Idealfun-crew, he started hosting both legal and illegal parties which lead to the founding of Dresden’s only electro club night Robo Dance where guests like DMX Krew, Luke Eargoogle and Imatran Voima were booked to play.

Releasing his debut ‘The Living Room Life’ EP on Uncanny Vallery in 2012, Credit 00 has become a staple artist on the label with a further three EPs on the imprint – most recently ‘Deep In The Jungle’. Alongside this, Credit 00’s retro and often video game inspired productions have landed on Chiwax, Bordello A Parigi and Pinkman Records as well as launching his own label Rat Life Records – a label to explore music without genre and boundaries.

You’re a graffiti artist, producer, and label owner, what do you enjoy most about being creative? What does it allow you to do?

It allows me to release some pressure. I am kind of hyperactive so painting something or recording a track always calms me down a bit which is cool, but the feeling never lasts long. Also, the hyperactivity is in the way of my creativity a lot of times. To be honest I’ve never really thought about why I do this stuff. It seems like it chose me rather than the other way around.

What would you say has helped you form your sense of self?

That is still an ongoing process. I am constantly on the lookout to find something that resembles a sense of self. I am questioning myself and my work a lot. This can be very counterproductive, but I think it is also an important part of being a person and especially of being an artist. 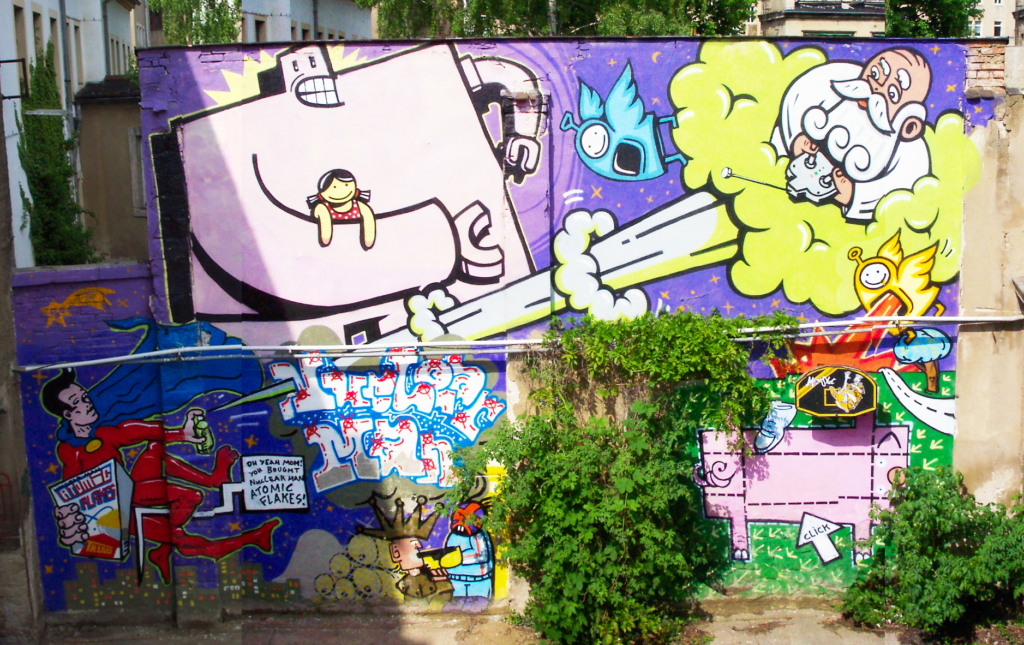 How did you get into graffiti? Why do you feel that’s the best landscape for your work?

As a teenager in the early 90’s I saw more and more graffiti popping up in my neighborhood after the breakdown of the wall. There was no Graffiti in East Germany before 1990 because spray cans were not available in the GDR. I was fascinated by the phenomenon right away because it gives you the ability to shape your everyday environment on a very small budget. You see the city with fresh eyes, boring grey tunnels suddenly turn into big canvases that are waiting for you to paint on. I don’t know if Graffiti is the best way for me to work artistically, but it definitely has a huge impact on everything I do. There are also lots of similarities between graffiti and music. When you go out to paint at night you always have to deal with the circumstances, sometimes its too dark or you don’t have enough time to do what you actually planned then you have to improvise and do the best you can. That’s the same in the music game, you prepare a set for the club, but then you can’t hear the monitor very well or the turntables won’t work properly, so you have to freestyle your way out of it.

Your art is very animated and vibrant, what connects you to colour? How does it make you feel?

I don’t know actually. Always different I suppose. I also don’t have a favorite colour. I love em all! The great thing about the music is that there seem to be way more nuances in sound than the visual colour spectrum offers.

What is your favourite subject to draw?

You know, I don’t have a favorite subject, but if I had to choose one I would go for letters, of course, because I am a graffiti writer. 🙂 Letters are amazing. They can be kind of abstract, but then again 26 of them are enough to define every single thing that exists in this world.

With music, you’ve made your way through a lot of different genres, starting with hip hop and moving through Chicago house, new wave, and Italo. Are there genres related to a specific time and place in your life? Could you pinpoint any of them?

Yes and no. I started out Djing in 2004 or 5 with mostly Ghetto Tech and Electro Stuff, but already there I noticed it was the same sounds I knew from my Breakdance – Hip Hop heydays. A few years later I was heavily sucked into the Italo thing. I confused a lot of people with that. They pigeonholed me being the Ghetto Tech DJ and suddenly I play Den Harrow. Around the same time I discovered the whole Chicago Music Box – Ron Hardy thing and I noticed there is a lot of different types of music played in the same context – which is the definition of House: the music they played at the warehouse, and that could be everything from U.S. Disco to Italo & European Wave to the first acid tracks. I was happy to find out about that because for me all this music seemed to be connected too.

I was lucky to have my older friend Felix mentoring me in my early Hip Hop days. He showed me everything: Graffiti, Breakdance, Scratching… he was a true all-rounder. At that time I was more interested in Graffiti and Rap music, but I knew about Jeff Mills and Drexciya because he showed me all types of stuff. There was also a time around 2010 when I was at the height of my misanthropic wave gothic phase and I thought how do I ever get this together with the B Boy side of me. I just recently managed to do that. It all went full circle for me and I am so happy about that. I realised it’s all the same thing, Reggae, Dub, Techno, Wave, Disco, House… you name it. Most of those genres even use the same drum machine which is the 808 and it all started with Lee Scratch Perry using the mixing desk as a musical instrument. Also, the Two Turntables and a mixer DJ – Set up was first introduced by Sound Systems in Jamaica and then adopted by Hip Hop and Techno Culture, so it’s obviously all connected.

In your Facebook bio it says ‘Credit 00 = one last try”, what’s the story behind this?

That’s the story behind the name Credit 00. When u are at credit 00 in a video game you have just one last try, like in real life.

Your latest EP on Uncanny Valley ‘Deep Into The Jungle’ is inspired by your new Wintergarden studios and the nature surrounding it. What makes nature a great canvas for you to draw inspiration from?

The wintergarden studio days are actually over already. I moved the studio out of the house again and I am back in the concrete environment that I am most used to. It doesn’t really matter what environment I make music though. Nature, of course, has a great impact on everything I do. I think one of the main goals in art is to recreate the systematic chaos you find in every creation of mother nature. For example, if you want to paint a classic autumn scenery with fallen leaves spread all over the ground, you might think that’s easy, you just paint lots of colored dots randomly next to each other but then you realise they all seem to follow a certain system that makes it look reasonable. Its the same with sound. Sometimes you just want to throw some effects on a track randomly but then realize it doesn’t make sense. This kind of stuff is really interesting to me, searching for the theory of everything!

What’s your connection to Andreas Gehm who you named the track ‘TRUE 2 THE GEHM’ after?

Andreas Gehm aka Elec Pt. 1 was a huge influence for me musically and became a friend at some point in my life. The track was originally written in 2016 for a compilation, which raised money to help him cover expenses incurred due to his severe health issues. So it was nice to be able to include it again here.

Do you feel that your productions are more inspired by your environment than emotions?

No, I am without a doubt more inspired by emotions. As I said before, it doesn’t really matter where I make the music. It is all happening in my head. One of the best things about music for me is that you can escape from wherever you are situated physically and go on a mind trip through the entire universe and back. I don’t know how all this works and I also don’t need to know, sometimes I am happy, but I might make a sad track or the other way around, and I appreciate that. 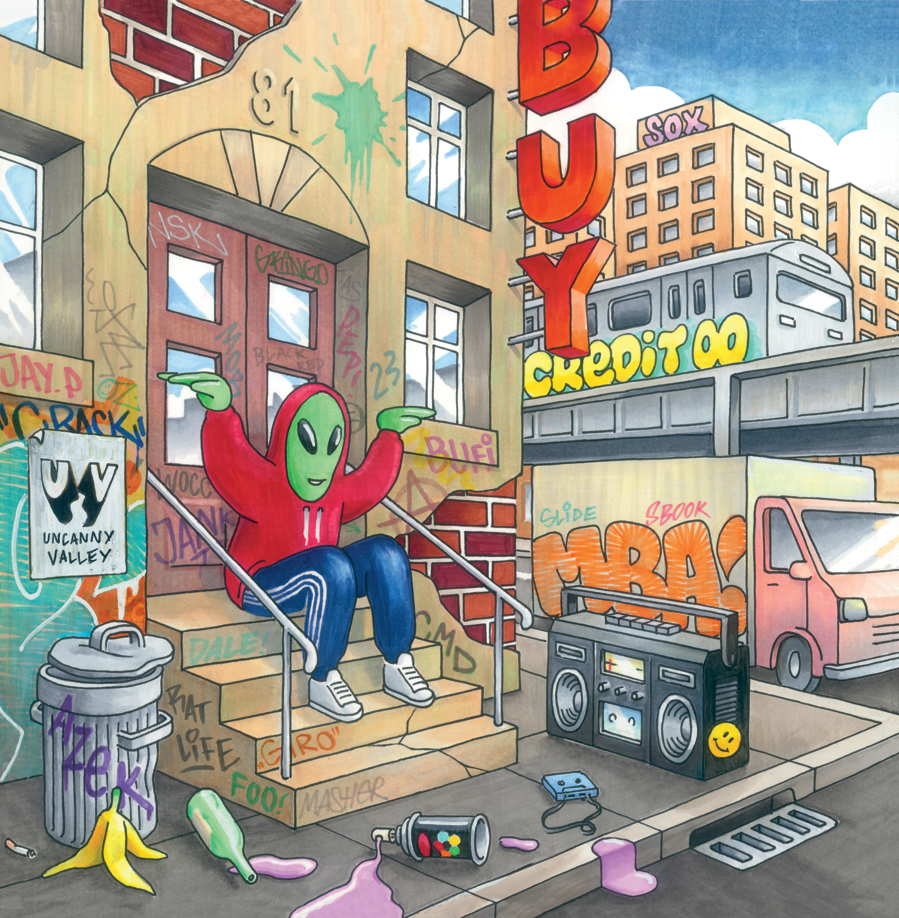 Is your process, whether music or art, inspired by research or relationships?

Definitely by research! I am always on the lookout for the new, rather than relying on things I am used to.  Relationships to people or things are also a very interesting topic for art, but mostly if you look at them from a new angle, and that is some kind of research too, right?

What is the ideal setting to listen to your music?

Driving a car through the night is definitely one of the best settings to listen to all music, I would say. In general though, just close your eyes and let the music take control.

What motivated the decision to launch Rat Life Records? What is the process for finding records to release on it?

I never really decided to start a label, things just came together nicely. There is lots of amazing music made by people that I already knew or just met that nobody might’ve heard of. That’s the stuff I release on Rat Life. Luckily I don’t have to look so hard, most of the time the music finds me.

What’s one goal that you hope to achieve by the end of the year?

Pay all my bills on time. Get as much Art and Music done as possible.