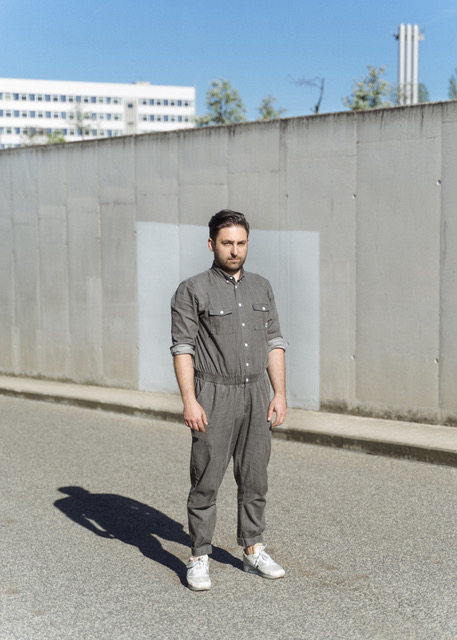 Romanian artist Cosmin Nicolae’s back catalogue is a rich tapestry of different styles, highlighting specific phases of his life. His beginnings are linked to Hessle Audio, being the first artist to release on their label over a decade ago under the moniker TRG. Following that, Cosmin continues to house productions on some of the best labels in electronic music including Rush Hour, K7!, 50 Weapons and Running Back. Behind the excellent sound design and innovative sonic experiences, there’s conceptual stories to be told, such as the recent album ‘Hope This Finds You Well’ which looks at how ambient music is being used in the corporate work space.

After label hopping for so many years, Cosmin launched his first label, Fizic, in 2014 as a space for him to create audio visual experiments. Two years later, Sportiv was born – a white label imprint which allows Cosmin to explore the fun side of his productions with out there releases. Recently returning to Sportiv with Sportiv 005, the thesis of the EP is based around athletic themes with track titles such as Romanian Deadlift and words such as ‘aerobic’ and ‘olympics’ used within the press release.

We caught up with Cosmin to discuss the alienation of Romania’s electronic music scene, the conceptual ideas behind his releases and the fear of standing still.

In a previous interview, it mentions how you felt ‘musically alienated’ in Romania. When you were living there, how were you connecting with dubstep/techno? What were your first experiences with those genres?

I did feel alienated in the sense that there was a nagging sensation of not being up to speed. It felt like things, magical things were happening on the “outside” that the world around you doesn’t seem to react too. I arrived to dubstep, for instance, via my interest in garage, broken beats and the legendary Breezeblock episode. It felt like such an alien transmission, the product of a grassroots community of artists that just didn’t have an echo in my environment. My connection to it was obviously mediated by the internet, the radio shows, forums. Obviously, things snowballed and the advent of social media made it much easier for everyone to get a more immediate connection – by that point though I had lost interest in the music’s potential and there was a drastic departure from the elements that had originally drawn me to it. With techno, it’s a different story, for better or worse its stature as an established genre meant it was always more accessible.

From the pictures you shared of your hometown on Instagram, the area is very industrial and rural, do you feel this had an impact on the music and sounds that you were drawn to and produce?

Yes, this is probably one of my major influences, the phenomena, and experiences at the intersection of nature and man-made structures. In Romania progress has always been in huge leaps, so you have a lot of traces of the ancestral along with modernity. They coexist in a very strange way. Sometimes it’s charming, other times it’s downright bizarre – this is where I find a lot of inspiration.

Does architecture in general influence you?

Yes, I’m (sometimes, unfortunately) extremely sensitive to architecture. It can elevate my mood but also bring me down quite dramatically.

Producing under several aliases, TRG,  Cosmin TRG, and Com Sin, how do you differentiate between them when you’re in the studio? Is it a specific headspace that you’re in when you go to produce?

With Com Sin I tried to tap into a different source of inspiration, something more delicate and subdued so in a sense pretty formalistic. Like house music but through a more diaphanous filter. Cosmin TRG is like the research lab, it grabs influences and bits of data from all over the place, and delivers “reports” – it’s like holding a mirror to whatever grabs my attention or interests me to the point of obsession. This is why it’s never been constant – I’m not constant.

Having been the first artist to release on Hessle Audio, do you think you’ll ever go back to your TRG / dubstep roots?

TRG was a persona – and a person – in a very specific moment in time, and a specific psycho-geographical place that doesn’t exist anymore. I’m very fond of the era but I’m reluctant to re-visit places that are no longer there.

Your releases seem to be produced around a story or moment rather than a sound with your last album focusing on how ambient music is used in the corporate field. Why do you prefer to work like this?

“Hope This Finds You Well” was more of a reaction and a statement than the rest of my work. I’m generally pretty discreet but I felt the need to express my concern about the current state of things, the dangerous juxtaposition of culture and capital. I chose to write ambient because I found it very therapeutic at a difficult moment in my personal life. The concept provided me with a theoretical anchor, which I think is very important when approaching something of that scope. I was very pleased to hear that many people resonated with both the sonic material and the concept behind it.

Your latest EP is almost a stark contrast to ‘Hope This Finds You Well’ which was released earlier this year. What’s the story behind SPORTIV005? Where did the idea come from?

Sportiv is my fun outlet. When I get too serious I like to offset things with something more sarcastic or joyful. The concept behind the label is fun, straight-forward dancefloor tracks with a slightly retro Eastern European aesthetic. I’ve always been fascinated by sports as “sof power” during the Cold War. The Soviets or the Balkan states would put so much pressure on their athletes and teams, cheat in tests, do anything to win medals but at the same time didn’t provide proper facilities or programs to influence growth in that sector. It’s this strange disconnection between facts and discourse that still haunts the region.

The three tracks are quite hypnotic and entrancing, what do you hope listeners feel when they listen to these tracks?

I hope they feel hypnotised and entranced 🙂

If you were to translate the EP into a film what would it look like? 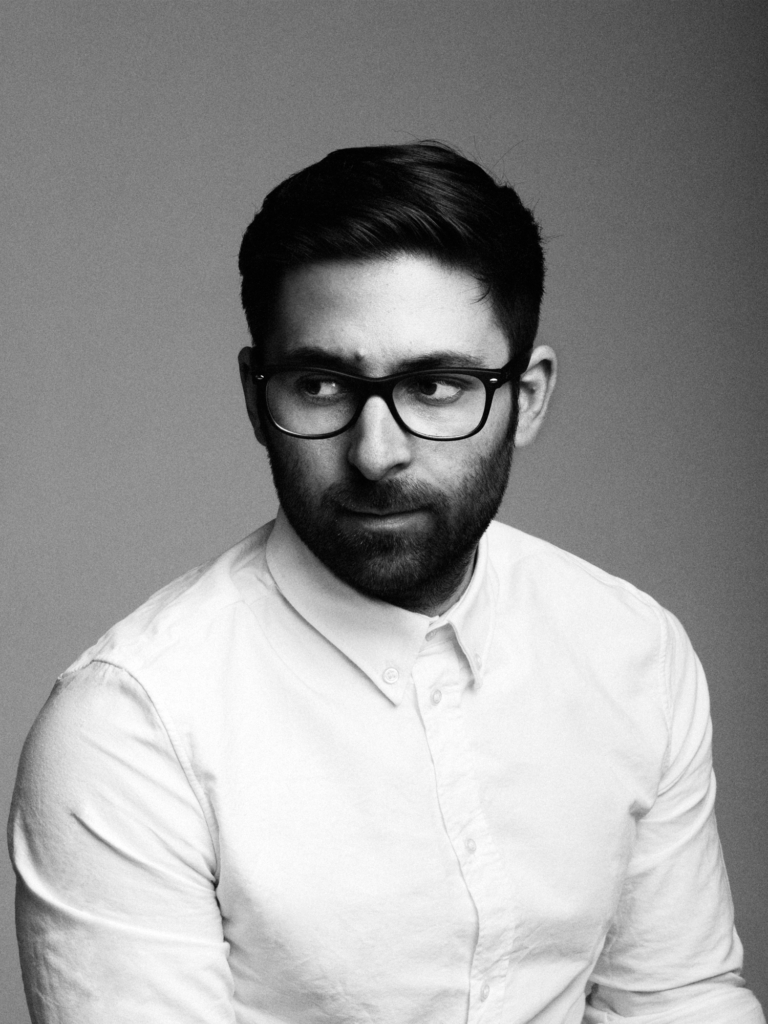 You’re working on film scores as well, how do you approach these differently to your own productions?

I don’t really get to work on as many scores as I’d like, this is still something that I want to do with all my heart. I’m a fan of the less is more approach, I like very minimal, subtle movements that complement the image. I believe a very strong sonic statement can enhance photograph, even in apparent simplicity. I’m thinking of Mica Levi’s work for Under The Skin, or Johan Johannsson’s The Arrival. Quite blown away by Cliff Martinez on the new Nicolas Winding Refn show, Too Old To Die Young. His music is a Character in the show, I can’t imagine it without it.

You are working on so much this year from film to art installations – you’ve mentioned you have a fear of standing still, why? Where does this fear come from?

I think I’ve been conditioned, from very early childhood, to create work for audiences and thrive (or agonise) over feedback. Therefore standing still is a form of suspended animation, feels like not serving a purpose. That’s important to me, to keep adding to a body of work.

When you’re in-between projects, what does life look like?

I try to do research on everything that interests me at a particular time, watch a lot of movies and tv shows, educate myself further.

What are you reading at the moment? Also, what is your favourite book of all time and why?

I used to adhere to a very strict rule of reading one book at a time, but this isn’t possible anymore. I just don’t have the same attention span. I surround myself with several books and read them each for a certain amount of time. I guess it’s because reading has become more therapeutic than educational. When I was a kid I would just inhale books, sometimes re-read them several times with the same amount of joy. These days I read to fill in some blanks and also to patch some intellectual wounds.

Some books in my rotation right now: Seneca – De Brevitate Vitae, Houellebecque’s Serotonin (reading it in French so it’s going to take a while), Kar Ove Knausgaard’s A Man In Love and quite a few books on Romanian history and society around 1870s, it’s for a project that I’m still slowly developing.

What does reading allow you to do? What is your personal connection to it?

I started reading at a very young age, it was a form of escapism. It was Communist/ Post-Communist Romania and there was very little to do except devouring the books in my mother’s collection. From classics like Faulkner, Turgheniev, Steinbeck, Capote through adventure fiction, to the South Americans – Llosa, Cortazar, Marques, Neruda, Octavio Paz  – I read everything that would allow me to explore a world I couldn’t yet explore physically. Books are more than knowledge or entertainment, they are vehicles, relationships, journeys. Very little compares to that.