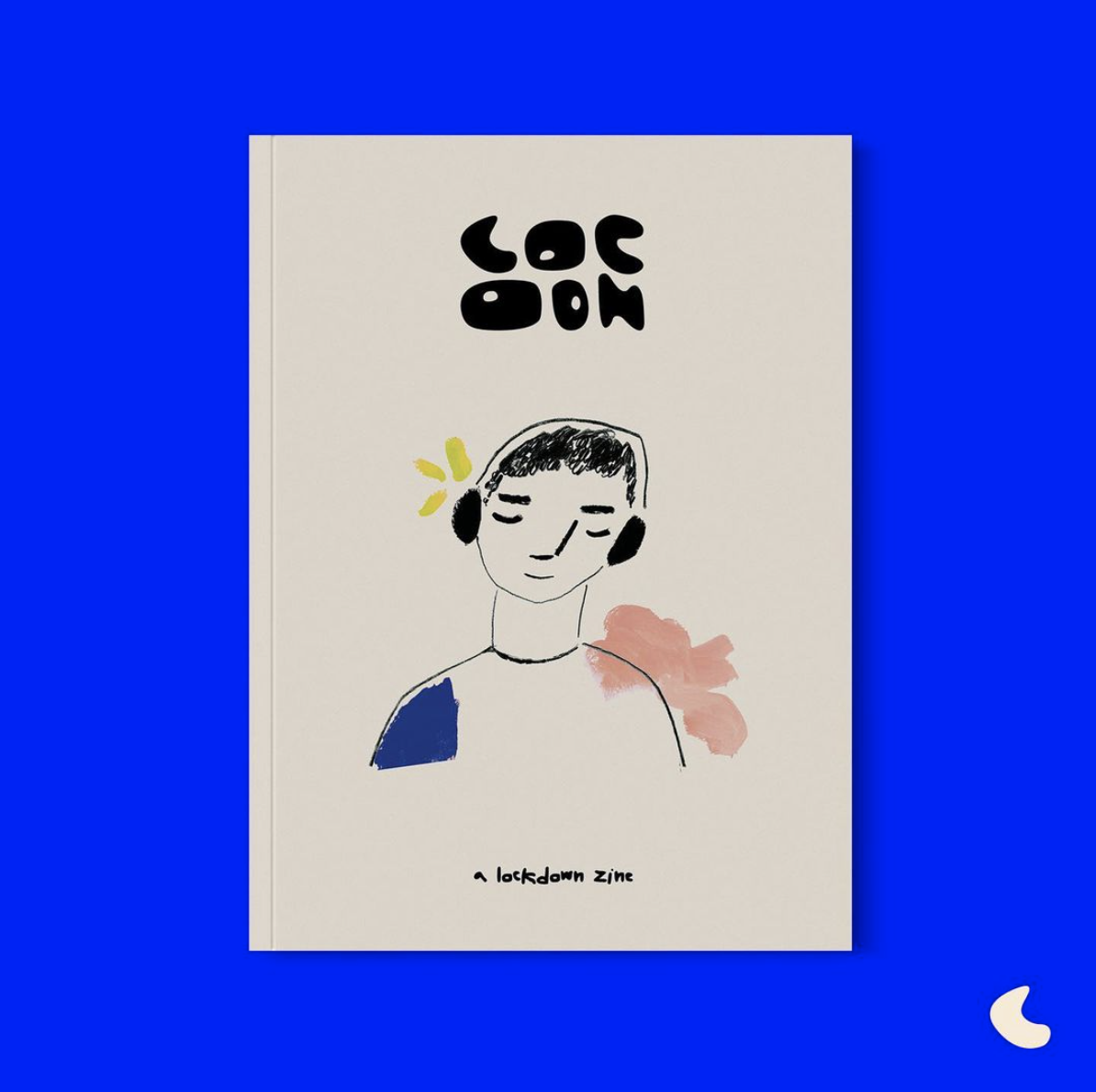 As I’ve scrolled through social media over the last few days, people have been sharing memories of their last gig, last clubbing experience and the last weekend of normalcy before the world went into the first lockdown. With no idea of what we were about to experience, those who lost their jobs or furloughed turned to a variety of different activities to pass their time. As the idea of time becomes warped, we can instead marker the lockdowns through phases of obsessions via social media. There was Tiger King, the 5km charity runs, House Party video calls, pub quizzes and dare I say, the famed Sourdough adventures. These were all things that, whilst living in a socially distanced world, we managed to find a collective bond over no matter where you were in the world. This also translated into passion projects and side hustles as people found the time to reconnect with things they love and have ended up building a community around with personal trainers starting online subscription services via private Instagram channels, newsletters, chat rooms on live streams/radio shows becoming the new smoking area, gaming and zines. The latter was the chosen creative outlet for Scotland-based freelance arts journalist Alexander Smail who launched Cocoon, a lockdown zine, in June 2020.

Serving as a reminder for how music carried us through the pandemic, Cocoon is a collection of essays from writers about albums that have been helping them during the lockdowns. “Everyone’s been cocooning different ways over the past few months. A lot of us have turned to music as a source of comfort and that’s where the idea of Cocoon came from”, as explained the initial announcement post. In the debut edition there are 30 essays and 25 original illustrations by artist Katy Smail talking about albums from SZA, The Supremes, Velvet Underground, Tirzah, Fat Freddy’s Drop and more.

The first issue sales were donated equally between Scottish Women’s Aid (the lead organisation in Scotland working towards the prevention of domestic abuse), and The Black Curriculum (an enterprise addressing the lack of Black British history in UK schools by delivery arts-focused programmes) – raising over £1200.

Issue 2 is now available to pre-order featuring 20 illustrated essays from writers at platforms such as DAZED, The Guardian, Pitchfork, Gal-dem, NME, Crack and more. 50% of all profits after printing costs from this issue will be donated to We Belong, an organisation set up by and for young people who migrated to the UK. They’re campaigning for a shorter, more affordable route to settlement. You can pre-order the issue here and read our interview with Alexander below to find out more about Cocoon and how it came to be. 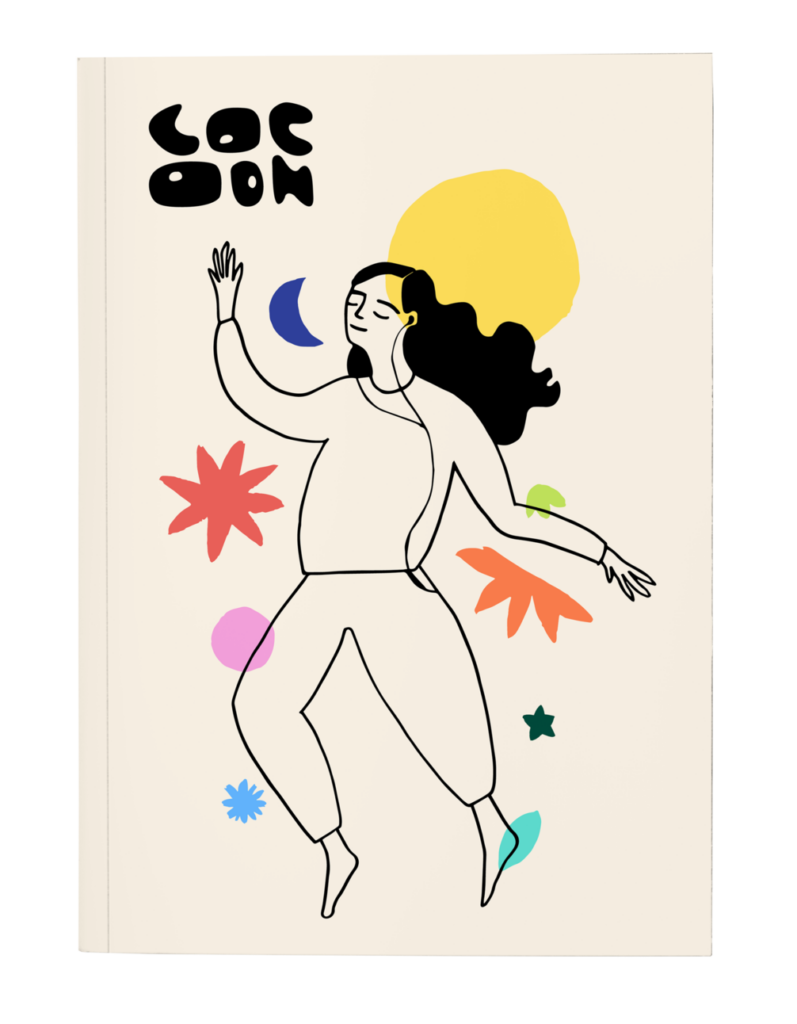 What inspired you to launch Cocoon?

Back in March 2020, when COVID was very new and scary, I sort of felt like I had to bury myself in work to avoid thinking about it. Being a freelance arts journalist is unsteady at the best of times, let alone at the start of a pandemic, so naturally every publication was ignoring my pitches. I think the idea of Cocoon first came about because it was the only way I could think of at the time of actually doing something productive. I’d also always wanted to put together a publication like this and needed to prove to myself I could do it. What helped a lot is the fact that my sister and brother are very talented artists. Without them Cocoon absolutely wouldn’t exist.

I had no intention of doing a second volume when I wrapped the first one up, but then I had no idea things would still be as bad as this a year later. I’m still unemployed and struggling to find any freelance work, so I guess the impetus was again to try keep myself busy. I feel like these days all I see on Twitter is everyone talking about how they’ve landed their dream commission, or just got offered some amazing job. Don’t get me wrong, people absolutely should share the good things going on in their life, but after a while it starts to take a toll if you’re not doing so hot. Cocoon is really the only thing I’ve ever made that I’ve actually been proud of, so it made sense to resurrect it.

What do you hope to achieve through these zines?

When I started planning the first Cocoon, I wasn’t even thinking about how well it would do. Maybe it’s because I’m naturally a pessimistic person but I honestly expected only a few of my friends to buy it. I think it really resonated with a lot of people in a way I didn’t expect. The fact that it ended up raising over £1200 for charity makes me so happy.

I’m trying to go into Cocoon 2 with no expectations again. If it does well, great! But if not, I’m just happy that I got the chance to work with so many of my favourite writers and raise a little bit of money for We Belong in the process.

What do you hope people take away from each issue?

I guess I just want people to realise that they’re not alone in feeling like shit at the moment, and that the best any of us can really do right now is cope. I’ve tried to make both Cocoon and Cocoon 2 as musically diverse as possible, because everyone’s had a different lockdown experience. I like the fact that you can read an essay about Nick Drake, and then turn the page and read one about Lady Gaga. Everyone listens to different music when things are tough and it’s all equally valid. I hope Cocoon gets that point across.

How do you translate the ethos of Cocoon into the radio show on EHFM?

Putting together the radio show was actually kind of tough, and to be honest I’m still working it out as I go along. I toyed with the idea of speaking to each guest for the full hour episode, but I figured that would get boring for the listener after a while – particularly if it’s an album they don’t like. I also thought of maybe interviewing multiple people per episode, but I thought that might take away from the importance of each album. I think the way the show is now, where I play some songs that I’ve been listening to in lockdown in the first half of the show, and interview someone in the second half about an album they’ve been listening to, is a good balance. Luckily the format lends itself really well to radio.

How do you select the charities?

For the first Cocoon, I knew I wanted to donate some of the money to Scottish Women’s Aid from the beginning. I remember reading about how lockdown had put women and children suffering from domestic abuse at greater risk, and how it made it harder for them to seek help, so it felt really important to bring some attention to that.

It wasn’t until June, when we were gearing up for the release, that I decided that the other half of the profits should be donated to The Black Curriculum. I was furious about the murder of George Floyd in the US and wanted to help in some way beyond just posting about it on social media. It took a while to choose a specific organisation to donate the money to and after some research I settled on The Black Curriculum, because not enough emphasis is put on educating children specifically about Black history. It was certainly absent from my school education.

We’re preparing to release a digital version of the first Cocoon and 100% of the sales will be split between the Scottish Women’s Aid and The Black Curriculum, so I’m glad I can still help those organisations in my small way.

As for Cocoon 2, I actually found We Belong through some freelance work I was doing for The Big Issue back in December. I was helping the magazine compile their ‘Best of 2020’ retrospective so was speaking to a bunch of people about all the amazing things they did throughout the year. One of the organisations I spoke to was We Belong, which was set up by and for young people who migrated to the UK, and aims to end the hostile environment surrounding immigration. What Dami Makinde (one of the co-founders) told me about the horrible things young people who migrate to the UK are subject to really resonated.

What album/song is currently helping you?

I feel like I have to constantly be listening to music to distract myself from everything so it’s hard to pick any one album, but Sea Change by Beck, The Velvet Rope by Janet Jackson and Windswept Adan by Ichiko Aoba are a few that I’ve had on repeat these past few months!